Arjun started his career starring with Parineeti in Ishaqzaade, and the movie was a subversive take on Romeo and Juliet. 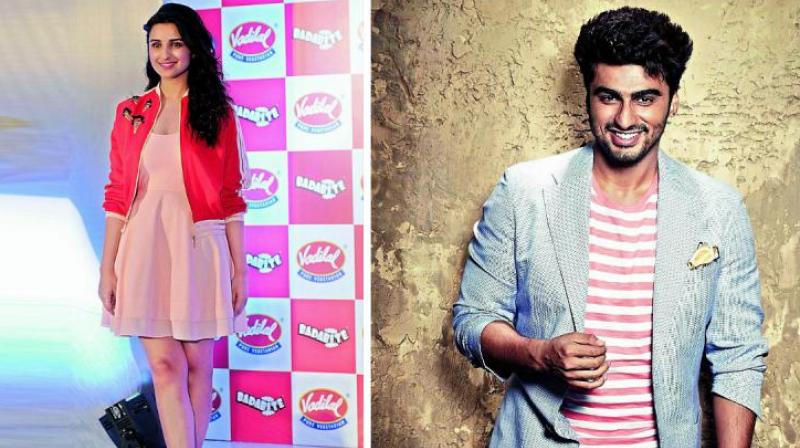 Arjun Kapoor, whose career faced a bit of a downslide after the failure of his home production Tevar, is on a roll again after Half Girlfriend. While the film received scathing reviews, it’s managed to accrue Rs 50 crore at the Indian box office.

And now, Arjun has a lot up his sleeve. His next release, Mubarakan, features him in a double role with his real life uncle, Anil Kapoor. And those who’ve seen rushes of this Aneez Bazmee comedy swear it’s a laugh riot.

Now, Dibakar Banerjee, the director of the classic Khosla Ka Ghosla and Love Sex Aur Dhoka has cast Arjun opposite Parineeti Chopra, in a film that aims to look at the man-woman relationship from a unique perspective.

Arjun started his career starring with Parineeti in Ishaqzaade, and the movie was a subversive take on Romeo and Juliet. Dibakar’s film promises to be just as intense.

Sources close to the filmmaker say that he’s wanted to do a full-fledged love story for a very long time. While neither Arjun, nor Parineeti are supposed to talk about it, reliable sources say that Dibakar’s movie will cast the pair — buddies in real life — in characters they’ve never played before.

With her latest movie, Meri Pyaari Bindu seriously underperforming at the box office, Dibakar’s film could well be a saving grace for Parineeti’s career.