True fans realise that there is a line, says Varun Dhawan 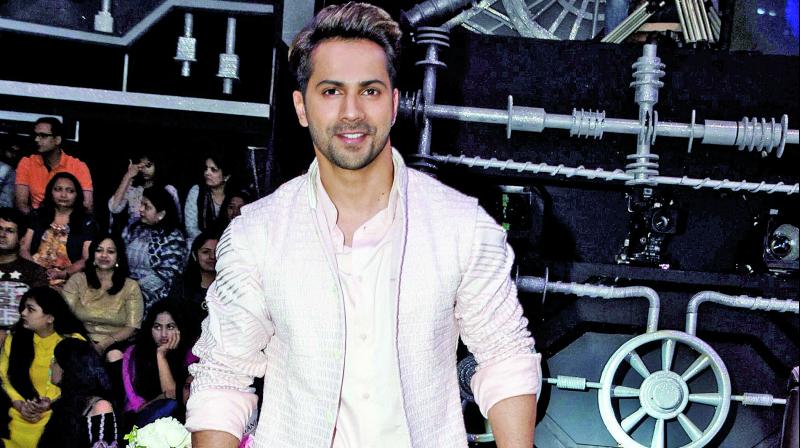 The fan following of a star in Bollywood is bigger than his stardom, a reflection of which is seen in the sea of fans gathered outside an actors’ house or following them on shoot locations.

While this fact is quite known, there have been incidences when fans have gone extra miles in expressing their love, making the star uncomfortable. Point in case, superstar Varun Dhawan who enjoys an immensely huge fan following among millennials, had a rather shocking encounter when one of his crazy fan threatened to kill his girlfriend Natasha Dalal.

Though the actor is overwhelmed at the love showered on him and can’t thank his fans enough for the same, the Judwaa 2 actor believes that the fans needs to know where to draw the line.

“They are loud and passionate. Adulation feels lovely but just don’t cross the line, that’s all,” he expressed.

He further added, “I love it and I am not scared of it. I know it comes with the territory and I am blessed, but all true fans should realise that there is a line.”

However, Varun refrained from speak about the Natasha incident and said, “It is nerve-wracking. I am not going to talk about this incident because I have been told not to.”

The actor, who was last seen in Kalank will now move onto his next project, a remake of Cooli No 1. Helmed by director David Dhawan, Varun will be seen opposite Sara Ali Khan in the film. As stardom hit him instantly with Student Of The Year, Varun reveals that he misses the anonymity.

“I used to go to Juhu beach a lot with my friends. So now if I want to go for a swim now, I am getting clicked. I wish I could take my niece and go, but can’t and it is fine. Being an actor comes with a responsibility and I am not complaining. I get too much love,” he said.

In the other news, Varun is thrilled for his Youtube channel and is keen on putting out interesting stuff.

“I went for the Youtube fan fest, met all Youtubers and took an understanding of what audiences like. There are so many different audiences,” said an excited Varun.