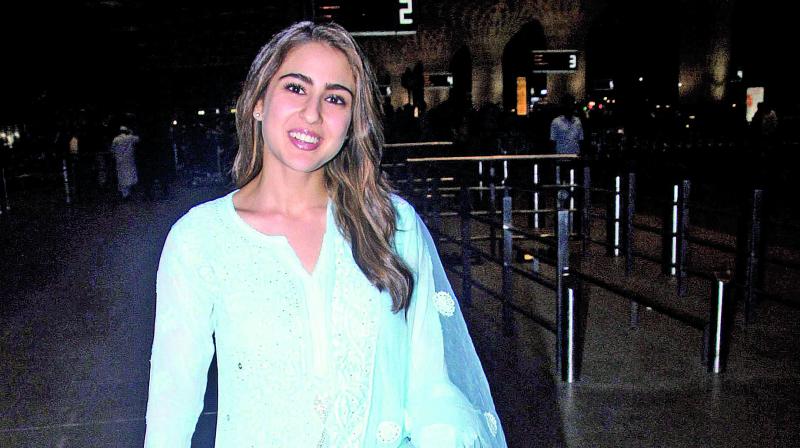 Sara Ali Khan has a double whammy with Varun Dhawan. The makers of the film Rannbhoomi – Karan Johar and Shashank Khaitan, are now contemplating singing up the Simmba actress for their film Rannbhoomi.

Apparently Sara is already Varun’s heroine in Coolie No 1 remake tentatively titled Coolie No 2. “Sara is shooting for Imtiaz Ali’s film with Kartik Aaryan at the moment. Once she is done shooting for the film, she will be giving a look test for the film which will determine her being confirmed, and the official announcement will be made post that. In the meantime, Sara will start shooting for Coolie No 1 remake with Varun and David Dhawan. She will then start working on Shashank’s film by November. All this will happen only when the look test goes off well,” says our trade source.

Ramnbhoomi is expected to release on Diwali 2020. The film is expected to have a sizable chunk of VFX in it and will need some time for its post-production work, and hence it needs to be shot at the earliest. Ever since Sara made her debut with the films Kedarnath and Simmba last year, she has been touted as one of the best newcomers to hit Bollywood and Karan Johar may well be justified in casting her again for Rannbhoomi.