Rani Mukerji's look as fearless officer in 'Mardaani 2' is out!

The look of actor Rani Mukerji from much-awaited film 'Mardaani 2,' was released on Tuesday. 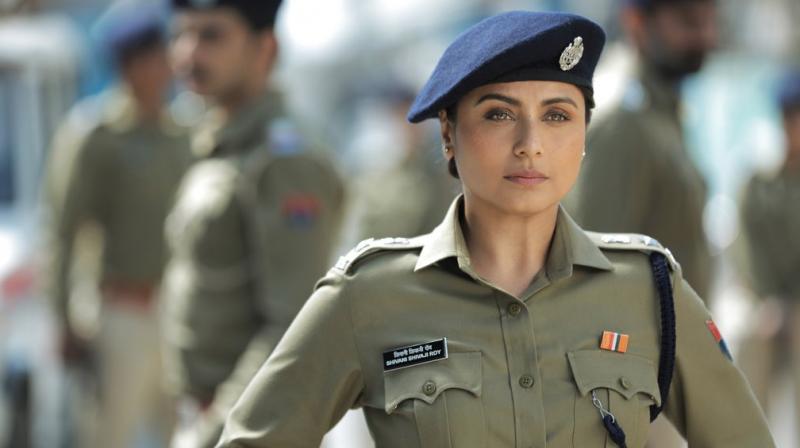 New Delhi: The look of actor Rani Mukerji from much-awaited film 'Mardaani 2,' was released on Tuesday. The actor, who is essaying the role of inspector Shivani Shivaji Roy in the film, has left everyone stunned with her fierce cop look.

Yash Raj Films has shared the look of the actress and wrote, "Rani Mukerji dons the cop uniform in Mardaani 2.”

The actor in the police uniform looks confident. Earlier, the makers had released the first look of Rani, where looked all charged up for the role. In the first look, the actor sports a white shirt and paired it with jeans.

The film is a sequel to 2014 hit ‘Mardaani’. The Pradeep Sarkar directorial was a cop drama that revolved around child trafficking. She played the role of a senior inspector, who takes on the kingpin of the child trafficking racket.

With films like ‘Black’, ‘No One Killed Jessica’ and ‘Hichki’ under her belt, Rani is a powerhouse of talent. It will be interesting to see what racket she will bust in Mardaani 2, given her action-packed performance in its prequel.

The film marks the directorial debut of Gopi Puthran, the writer of the first film. The release date of the film is yet to be announced.