Bhaskar has been both criticised and applauded for the scene, which depicted female sexuality on the silver screen in a frank manner. 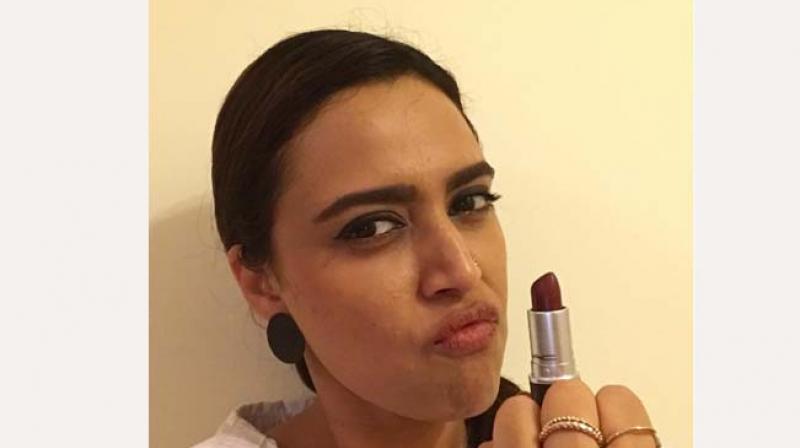 The outspoken actress took to social media to express her opinion on the placards. “Awwwwwww!!!!! My trolls are hard at work again, sweating it out in the heat to popularise my name..,” she wrote on her Twitter timeline.

“You guys are SO dedicated & sweet! Don’t mind the slut-shaming guys.. their imagination is a bit limited.. but loving the effort you two,” she further added.

Ms Bhaskar has been both criticised and applauded for the scene, which depicted female sexuality on the silver screen in a frank manner.

Ms Bhaskar has been supporting Communist Party of India candidate Kanhaiya Kumar, whois contesting from Begasurai in Bihar, and she has also been vocal against the incumbent government.

The actress had previously made light of the Prime Minister’s claims of having stayed up on the night of the ‘surgical strike’ against Pakistan on Twitter.