All my dreams have come true, says Namrata Shirodkar 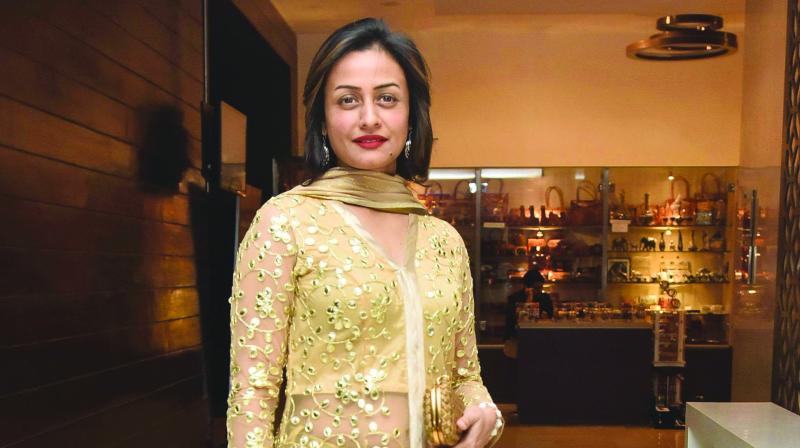 Namrata beams, “It is the biggest success of his career. I can’t tell you what a joy it is, especially since Mahesh’s last two films didn’t do well. Mahesh hates to let down his fans. When his last two films didn’t do well he was constantly questioning himself and his choices. Bharat Ane Nanu has answered the question about what his audience wants. I feel as though I’ve just won a marathon.”

On top of the success is the  news of Mahesh being waxed at Madame Tussaud’s. “The first actor from Andhra to be so honoured. We are both humbled and overjoyed. If he is seen as the face of Telugu cinema, it’s not just my prayers. It’s also the prayers and love of all his fans.” 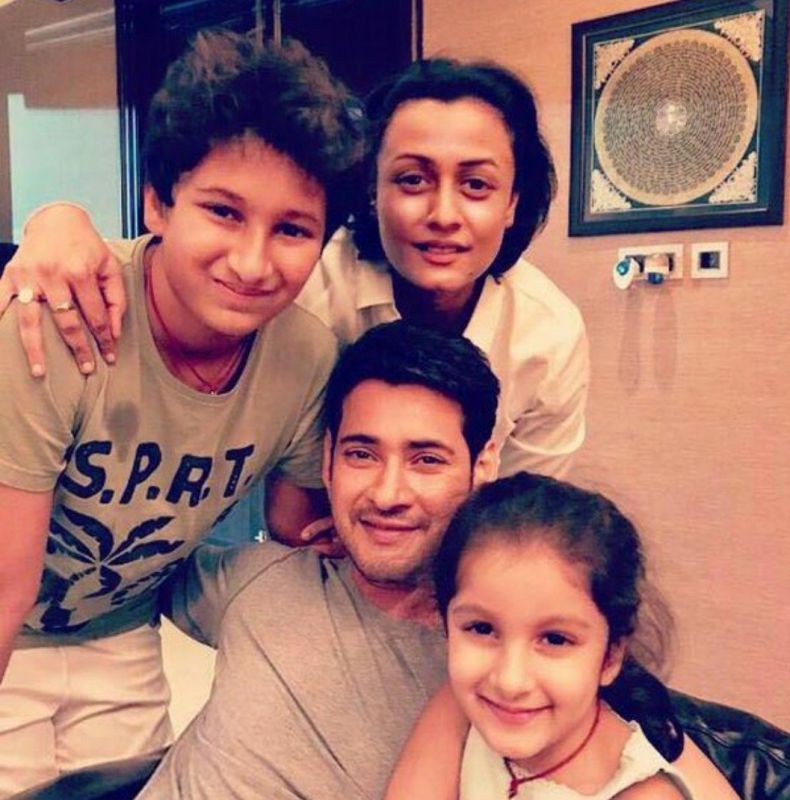 Mahesh Babu and Namrata with their kids Gautam and Sitara.

Not henpecked!
How does Namrata like being called the power behind the throne? “You know, people believe Mahesh does what I ask him to. That’s not true. He may look shy and gentle, but, he knows his mind. All his career decisions are taken by him, although he does share the plot and script idea with me casually. Yes, if he dresses differently from the other actors in Andhra Pradesh, I could have influenced his sartorial choices.”

He loves to dance
What is Mahesh like off screen? At home the best time is when the family is together. “Whenever Mahesh is not working, he is at home with me and the children. He loves to dance with our daughter Sitara. There is the one dance step that the two of them have been trying to master for weeks now. Neither father nor daughter is able to do it. Our son Gautam is very shy, just like his father. So, Mahesh has to pull him into the father-daughter dance binges.”

Mahesh, Namrata and the kids are now off for a month-long holiday. “I feel we’ve earned this break. I am exhausted. I just want to meditate and do nothing for a month. Then there is the next film to worry about.”

Love this life
So, what is the secret to their rare, long-lived marriage. “It’s been 14 years since we got married and four years of courtship before that. We’ve been together in every sense, through all these years and I feel we’ve been growing together. Now there are the two children whom we’re watching grow up, it’s the most blissful feeling in the universe. I wouldn’t exchange this life for anything in the world,” says Namrata, who was never very career-oriented when she left Mumbai and Bollywood to become Mrs Mahesh Babu.

No regrets
“I don’t have even a moment of regret for leaving my career behind. I was never career-oriented, not in the way other heroines are. Of course, I took my work seriously. But I never solicited work and never sought fame or money. I got what came to me. I remember getting a call from Mrs Jaya Bachchan after my film Vaastav saying I should have got the National award for my performance. Those rare moments of acknowledgement were enough reward for my career.”

Four-year courtship
Once she met Mahesh Babu it was only him for Namrata. “I happily moved to Hyderabad. We had to wait for four years before we could marry. I used that time to wrap up my work and my family obligations in Mumbai and after marriage, it’s just been Mahesh and now the children for me. I hardly socialise here in Hyderabad. Even if Mahesh has to attend a function, I’d rather be home with the children with my hair oiled.”

Don’t miss Mumbai
Does she miss Mumbai? “My parents are no more. So the incentive isn’t there. My sister (actress Shilpa Shirodkar) got married and left for England. She’s always on the move, so moving to Hyderabad to be with the love of my life was just the life I dreamt of. Funny, how all my dreams have come true.”