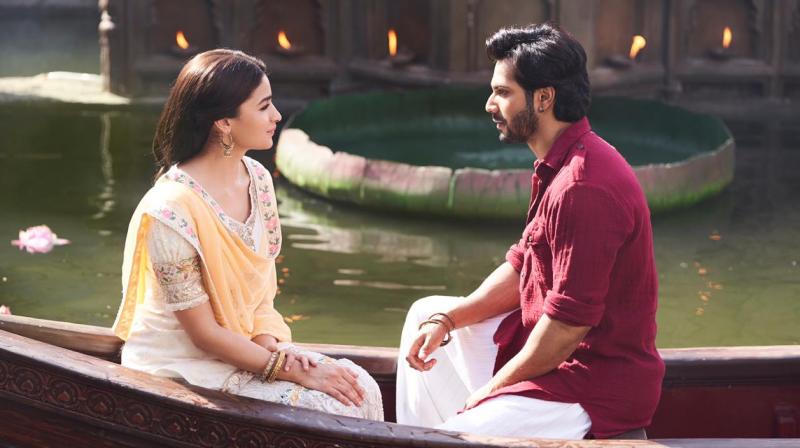 Karan Johar, who is bankrolling the movie, was the first to share the news via a tweet. Sharing the video of the song, he wrote, “The heart and soul of ‘Kalank’ in one song! The track is out now.

The track is an intense Sufi song that shows Bhatt, Dhawan, Aditya Roy Kapur, Sonakshi Sinha alongside Madhuri Dixit and Sanjay Dutt. The song shows Dhawan and Bhatt falling in love with each other. The sheer intensity in their eyes is enough to conclude the intense love they have for each other.

The track has been sung by Arijit Singh and written by Amitabh Bhattacharya. The title track brings back the super hit trio of composer Pritam, lyricist Amitabh Bhattacharya, and singer Arijit Singh, who have earlier delivered chartbuster songs like ‘Channa Mereya’ and ‘Ae Dil Hai Mushkil’ title track. Earlier the makers released ‘Ghar More Pardesiya’ and ‘First Class.’ The film’s teaser was unveiled a few days back.

'Kalank' is a highly anticipated film of the year and has created a lot of buzz ever since its first look was released earlier this month.  Set around the time of India's partition, the movie's star cast includes Alia Bhatt, Varun Dhawan, Madhuri Dixit, Sonakshi Sinha, Aditya Roy Kapur, and Sanjay Dutt.

The film was originally conceptualised about 15 years ago by late Yash Johar and his son Karan Johar, who has bankrolled the film. Abhishek Varman has helmed the period drama that will be released on April 17.