Missing, a special film for Tabu and Manoj Bajpayee

Manoj and Tabu were last seen together in Dil Pe Mat Le Yaar and Ghaath in 2010. 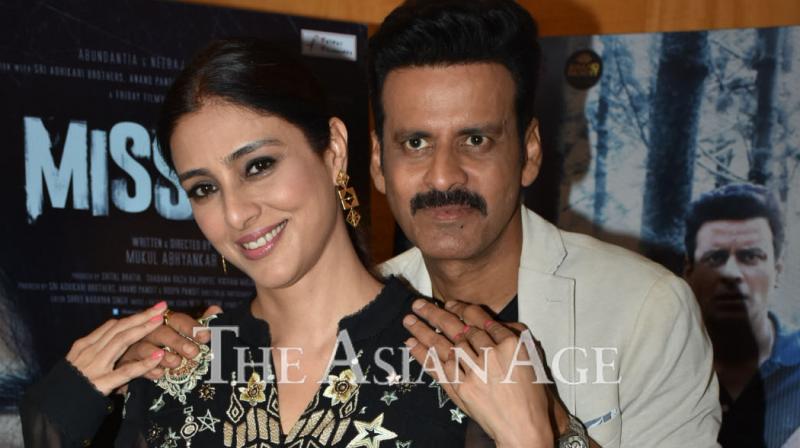 “Tabu and I are best buddies and we have known each other for 20 years. So naturally it’s an amazing feeling to work with a friend like Tabu who is also a great actor,” says Manoj, adding, “We have an extraordinary connectivity and both of us share a mutual bond of understanding and respect. Missing is a special film for Tabu and me as it reunites us on the silver screen after 18 years.”

The two actors play the role of a couple, Mr. and Mrs. Dubey, who are searching for their three-year-old daughter Titli.

Manoj and Tabu were last seen together in Dil Pe Mat Le Yaar and Ghaath in 2010. Missing scheduled to release on April 6, is written and directed by Mukul Abhyankar.