The latest trend to sweep Bollywood is by acquiring official rights to remake Hollywood films. 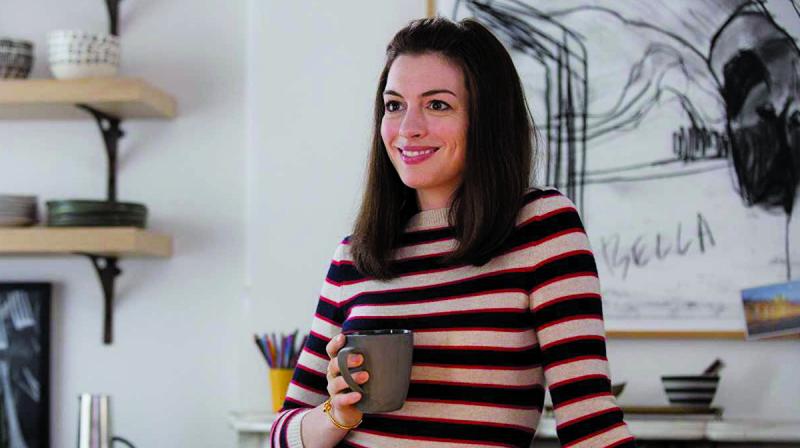 Still from The Intern

Deepika Padukone recently teamed up with Rishi Kapoor to act in the Hindi remake of the Hollywood film The Intern. Deepika will be playing the role that Anne Hathway essayed in the original film while Rishi Kapoor steps into the shoes of Robert De Niro, who played the retired man ready to work as an intern. The remake will release in 2021 and is being produced by Warner Brothers and Azure Entertainment, who had earlier produced Badla with Amitabh Bachchan.

This is not the first Hollywood remake that will be made in Bollywood in the coming few days. In fact, Parineeti Chopra kicks off her first Hollywood remake with The Girl On The Train, with the original film starring Emily Blunt. The Girl On The Train is a mystery thriller directed by Ribhu Dasgupta; starring Parineeti, Aditi Rao Hydari, Kirti Kulhari and Avinash Tiwari; and backed by Reliance Entertainment.

Another film that will perhaps clash with The Girl On The Train when it releases on May 8 is the film Dil Bechara. This film is inspired by the book and the Hollywood film The Fault In Our Stars, which was earlier titled Kizzie Aur Manny and directed by casting-director-turned-director Mukesh Chhabra. The film, starring Sushant Singh Rajput, Sanjana Sanghi and Saif Ali Khan is backed by Fox Star Studios. Saif has a very interesting role in the film as the author. The film was initially rumoured to be releasing on an OTT platform and after many delays is being slated for a theatrical release.

Last year, Aamir Khan had announced on his birthday that he was officially remaking Tom Hanks starrer Forrest Gump into a Bollywood film and called it Laal Singh Chaddha. The film is about a man who has the uncanny ability to be present in the most important events defining the nation. While Tom managed to do it in the USA with the events taking place in America, Aamir’s story starts off in India in Punjab as a Sikh who sees many events from the terrorism in Punjab to Operation Bluestar and the Sikh riots in 1984 among other events. Kareena Kapoor plays his leading lady in the film, which also stars a host of other actors. Laal Singh Chaddha is being directed by the Secret Superstar director Advait Chandan and is billed for release in Christmas 2021.

“While Bollywood is in a remake spree, how they manage to match the standards set by Hollywood on a much lower budget needs to be looked out for. People are aware of the original film as it is Hollywood and widely watched. So, it does not just boil down to performances, but also the scale at which the earlier film was made,” says a trade source.

Meanwhile, yet another Hollywood film is set to be remade: The cult classic Rambo. Stepping into the shoes of Rambo will be Tiger Shroff, who recently proved his mettle with the film WAR and upped the stakes on the film, which is said to be a very expensive project based on Sylvester Stallone’s 1982 film Rambo: First Blood. If this works, the makers want to get into sequels as well. The film is being directed by Siddharth Anand, who had earlier directed WAR with Tiger. The script of the film is ready and is expected to go on the floors very soon with an announcement.