Entertainment   Bollywood  30 Jan 2018  When Katrina Kaif and Alia Bhatt got annoyed and ‘punched’ each other
Entertainment, Bollywood

Katrina is annoyed with Alia taking all awards, in spite of Kat being a senior to Aloo. 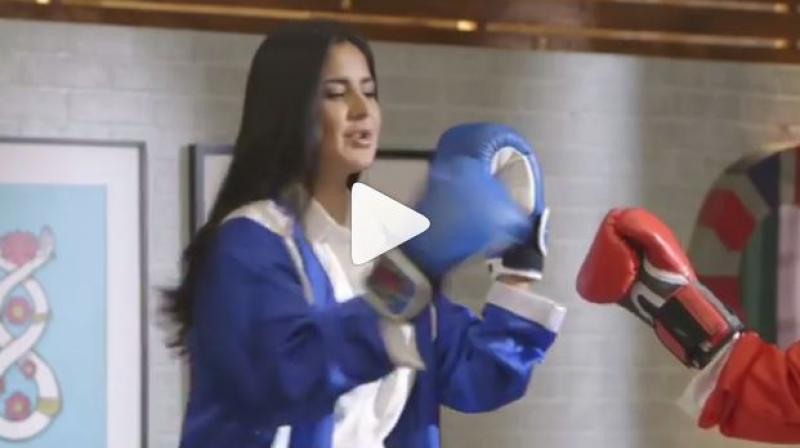 Screenshot from the video where Katrina Kaif punches Alia Bhatt.

Mumbai: Katrina Kaif and Alia Bhatt’s friendship is quite a tale. Katrina was working with Sidharth Malhotra in ‘Baar Baar Dekho’, a movie which can and should be easily forgotten. That is when the news about the actress and Alia Bhatt, who was reportedly dating Sidharth at that time, started making the rounds. Katrina was linked to Sidharth, and the reports state that upset Alia. But both the actresses also got close around the same time, and they can now be termed ‘BFFs’. Or can they?

The actresses did celebrate Shah Rukh Khan’s birthday in Alibaug together, and are often spotted bonding, but there was an intense moment between them recently, where they ended up punching each other.

The two obviously have a certain thing that they hate about each other, which they were asked to reveal when punching each other at Neha Dhupia’s recently held TV show.

Alia is the first one to punch by saying, “One thing I find super annoying about Katrina is that she never sticks to plans.” Katrina then packed her punch, “She could possibly be a little more generous and pass some of the critics my way rather than taking it all and all the awards.”

Clearly Katrina is annoyed with the young actress taking all the awards, in spite of Kat being in the industry since a much longer time than Alia. So are the BFFs still ‘BFFs’?