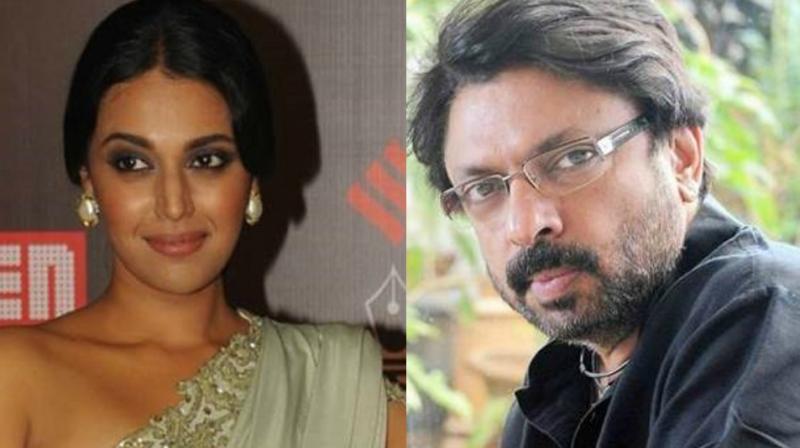 Mumbai:  Bollywood actress Swara Bhaskar had written a scathing letter to filmmaker Sanjay Leela Bhansali criticising the Jauhar scene that features Deepika Padukone. Swara said Bhansali, whom she respects and has worked for in 'Guzaarish', had set a dangerous precedent in questioning the laws of the land.

I loved the performances by all the actors in #Padmaavat - The film is seductive in its grandeur, scale, beauty, power of its actors’s performances, music, design, vision... and therein lies the problem! Some thoughts.. sorry abt the length 🙈🙈🙈https://t.co/0hYnvlAvAD

Reacting on Swara's letter, B-town celebrities like Rohit Shetty, Ayushmann Khurrana, Imtiaz Ali and Divya Dutta echoed that every filmmaker has his or her own perspective, which should be respected.

“It is doing a great business. The whole team has gone through a lot- Bhansali, Deepika, Ranveer, the whole team – they have endured a lot, so, let it remain with the audience now. What’s the use if we start talking about what he said or she said. I will not say anything. Let the film breathe now, for God’s sake,’ the director asserted.

Filmmaker Imtiaz Ali said, “Any kind of obstacle that comes in a film does not feel good. There’s nothing in ‘Padmaavat’, which should cause any kind of protest but then everyone has their own opinion.”

Divya Dutta said she enjoyed the film very much and saw it as a story set centuries ago. “The film has been told like a story. Everyone has their own viewpoint. Swara kept hers, I respect that. She felt something… That visual (jauhar scene) is very strong when it comes across. But the film is set in another century, whose mindset was different. So, my view point is different. I enjoyed it (the film) very much. I respect her opinion but I take the film for what it is, absolutely,” the actress said.

Ayushmann Khurrana, who said he hasn’t read Swara’s letter, traced on the fact that a piece of art is subjective.

“A movie does two jobs: either it gives something to the society or it takes from it. Every director has his or her own perspective. The intention of every piece of art is to cause a debate, a discussion, there are critics also who discuss and then the audience also gives its opinion. So, everyone has their own opinion. Art is always subjective, never objective,” the 'Dum Laga Ke Haisha' actor said.

Swara Bhasker herself reacted on the letter at an event saying, “Everybody has a right to an opinion. Like I am entitled to an opinion, so is everyone else. I put forth my point of view. I feel I put across my point of view in a polite and respectful manner. I did not have any vicious intent. I had legitimate questions after watching the film and I raised those.”

“If people don’t agree with me, it’s alright as it is democratic country. I had no idea that this would create such a mayhem and that people who are not connected to the film at all will get upset,” she added.

“I didn’t have any mal-intent. I did not know that the letter would invoke so much interest,” she concluded.

'Padmaavat', starring Deepika Padukone, Ranveer Singh and Shahid Kapoor, finally arrived in the theatres on January 25, amid chaos and violence across the country.