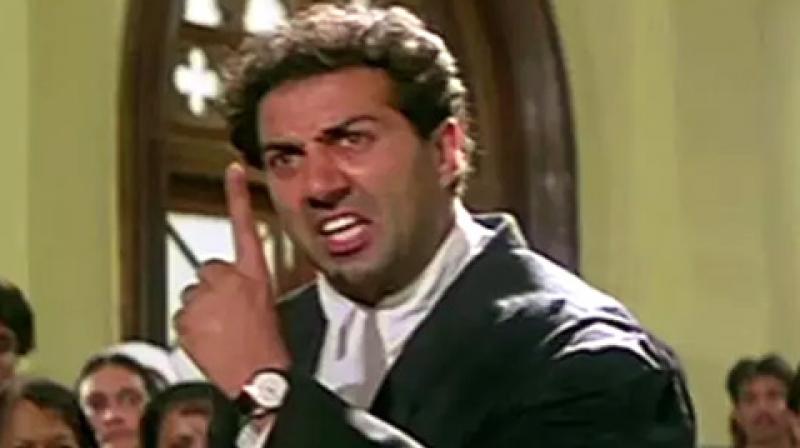 Mumbai: Bollywood actor Sunny Deol’s iconic dialogue ‘tarikh-par-tarikh’ (dates after dates) is used in the Economic Survey 2017-18 to highlight the frequent delays in the judicial process.

The survey, tabled in Parliament today, called for coordinated action between government and the judiciary to address the delays and boost economic activity.

It said, the next frontier on the ease of doing business is addressing pendency, delays and backlogs in the appellate and judicial arenas as these are hampering dispute resolution and discouraging investments.

“The now iconic scream of 'tarikh-par-tarikh, tarikh-par-tarikh' by Sunny Deol was Bollywood's counterpart to Shakespeare: two different expressional forms -- the one loud and melodramatic, the other brooding and self-reflective -- but both nevertheless united in forcefully articulating the frustrations of delayed and-hence-denied justice,” it said.

It said the bounty of Indian agriculture romanticised in this famous song - which also underlines the Prime Minister's goal of doubling farmers' income - increasingly runs up against the contemporary realities of Indian agriculture, and the harsher prospects of its vulnerability to long-term climate change.