See Pic: Shahid Kapoor and Misha’s grin is the cutest thing in the day

Shahid, last seen in 'Padmaavat', will next be seen in ‘Batti Gul Meter Chaalu’ and Imtiaz Ali’s next. 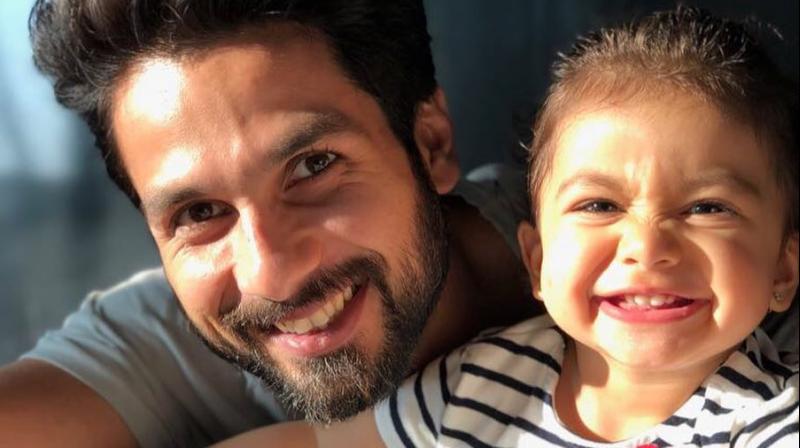 Mumbai: Shahid Kapoor’d daughter Misha is an adorable munchkin. Every time she poses for a photo, there’s no way the pic doesn’t become cute.

Shahid, who recently played Rajput Maharana, Maharawal Ratan Singh in ‘Padmaavat’, is also getting hotter by the day. The actor is such a doting dad and loves posing with Misha.

In a latest picture, both the adorable people are grinning and it’s such a sight to behold! Both are sunkissed, and it’s just amazing. See the photo here:

Shahid will next be seen in ‘Batti Gul Meter Chaalu’ and Imtiaz Ali’s next. He will also soon announce a project with a top production house.