Are Salman Khan and director Kabir Khan friends no more?

According to a close friend of Salman, the superstar is not even on talking terms with Kabir any longer. 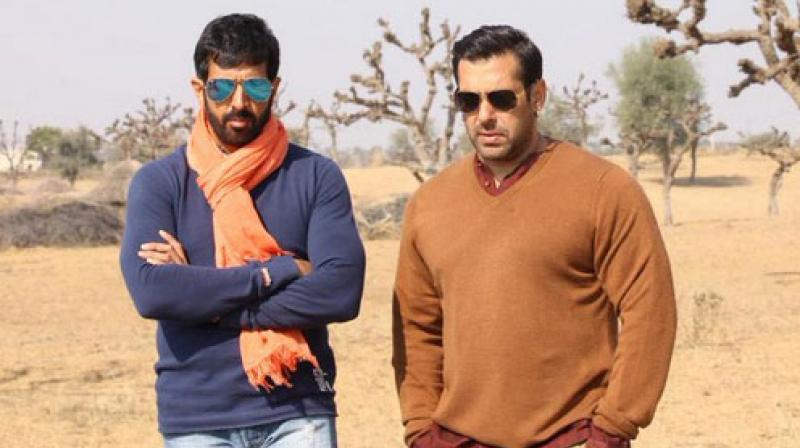 Salman Khan and director Kabir Khan, who partnered over three big films Tiger Zinda Hai, Bajrangi Bhaijaan and Tubelight, are no longer friends. According to a close friend of Salman, the superstar is not even on talking terms with Kabir any longer.

“The differences between the two of them have been brewing for some time now. Tubelight was the end of their friendship. Salman and Kabir had heated arguments over how the film and its characters needed to be treated. There were stand-offs in full view of the entire unit, where Kabir would not give in to Salman’s suggestions,” says a source.

Stories of the Salman-Kabir differences filtered back to Mumbai from Ladakh, where they shot for Tubelight. Kabir tried to laugh off the stories of their differences. But when Ali Abbas Zafar was signed to direct the sequel of Ek Tha Tiger instead of Kabir, it became evident that something was seriously amiss between the two.

The source says, “We can comfortably assume that Ali Abbas now occupies the place in Salman’s professional and personal range that Kabir occupied earlier. Ali is more open to Salman’s suggestions than Kabir was. Ali Abbas and Salman have worked on two blockbusters Sultan and Tiger Zinda Hai. And if their third film together, Bharat, is a smash success, Ali Zafar would be one-up on Kabir, since his last film with Salman (Tubelight) didn’t work.”

Apparently, Kabir has approached Salman for a fourth film. But Salman has shown no interest. So, while Salman now favours Ali Abbas, Kabir Khan is working on his cricket film with Ranveer Singh.