The Dhak-Dhak girl is in no hurry to make a comeback on the big screen. 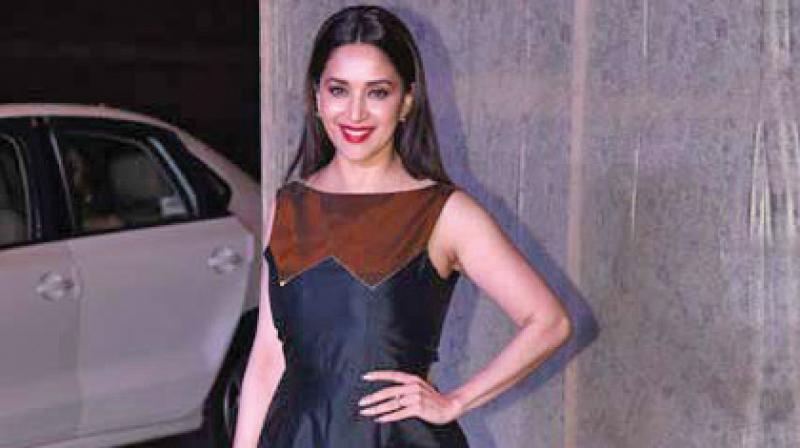 She ruled showbiz with her stellar performances and her million-dollar smile in the ’80s and the ’90s, but hasn’t appeared in a lot of movies in the recent past. Madhuri Dixit Nene, according to sources, has been missing from the silver screen since she’s unhappy with the scripts being offered to her these days.

While she’s been offered quite a lot of roles, says the little birdie, she’s not too pleased with them. “Madhuri isn’t someone who would sign a film just to be back in the limelight,” the source explains. “She has to be convinced about the script and she’s not ready to settle down for anything less than that. Nothing has been interesting enough yet. She’s looking forward to doing something unusual, but she’s not happy with the offers right now.”

The actress seems content with reality television. “She’s getting a lot of offers to judge reality shows, and she’s been doing that for a while now. So she’s currently looking at doing films with varied roles.”

The actress was last seen on the big screen in 2014, in Gulaab Gang, with her friend and co-star, Juhi Chawla. The movie, however, bombed at the box office, and Madhuri has been busy with judging dance shows since.