While 2020 has been relentless in pushing many to the corner, it has blessed many a comeback 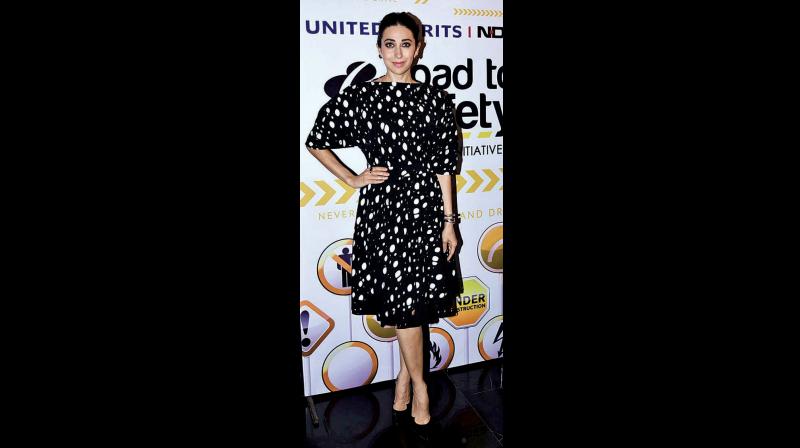 In showbiz, it is extremely tough for any actor to make a grand debut and even more so to stay on that ladder for a long time. For decades now, every year has seen a host of new faces coming into the limelight, which promptly disintegrate in the dark after a few releases.

Nevertheless, there are a few actors seemingly with immense patience, waiting for the right role to make their comeback with a bang, not only taking their audiences by surprise with their talent but also pointing out in their own way that they aren’t a part of the rat race. And of all years, 2020, which has been a bloodbath for Bollywood in many ways, has been kind to several actors, who made jackpot comebacks via OTT platforms while reviving their careers.

Wait that’s worth it

Vaani Kapoor: Vaani, who made her debut with Yash Raj Films’ 2013 romance drama Shuddh Desi Romance opposite Sushant Singh Rajput, was appreciated for her performance in that one. However, her next, the 2016-film Befikre, failed at the box office. After a three-year gap, she was noticed again in the 2019-Hrithik Roshan–Tiger Shroff hit film WAR. But her days of being looked over seem in the past as now for the actress has a bouquet of big movies in hand, including Bell Bottom, Shamshera and Chandigarh Kare Aashiqui with the biggest actors in the industry including Ranbir Kapoor, Ranveer Singh, Hrithik Roshan, Akshay Kumar and Aayushmann Khurrana.

Obviously, the actress’s choice of films and characters has taken the industry and audiences by surprise.

“I’ve tried to pick the best from what came my way and it feels amazing to have worked with some of the best in the industry. I’ve been able to get opportunities for distinctive roles,” says Vaani, confessing that she desires to do many more such roles. “I’d like to do action, comedy, rom-coms, drama, suspense, thriller, and many more genres and discover versatile roles,” she adds.

Hollywood actors especially don’t do many films in their career, but the best of the lot are so because whatever films they do take on, stand out distinctively from each other. Bollywood, however, has a different psychology. The number of films makes a difference for an actor, for there is a fear of being out of mind if not in sight. Many actors, who had a glorious fan following through the ’90s and early 2000s, went through a serious lull later in their career. Below are a few of them.

Bobby Deol: In Bobby’s case, the actor had a long, unwilling sabbatical, almost turning recluse, even refusing to be seen in public. But his luck turned and he made a grand come back in 2018 with Race 3, as a part of an ensemble cast including Salman Khan and Anil Kapoor. As if there was no looking back, Bobby did Housefull 4 in 2019. Then in 2020, he came back with Class of ’83 and the web series Aashram with Prakash Jha. The actor has Bachchan Pandey releasing next year.

For Bobby, the four-year gap when he stopped chasing destiny was a period when he began understanding the nuances of the industry.

“I wasn’t working for four years, so people began getting choosy about taking me. Now, I have changed as a person—have become more disciplined and positive and it reflects in me now. And I feel personal PR has become very important these days. The Deols never did that. I had to come on social media and try to be savvy, and I’ve been getting a lot more opportunities since,” says the Barsaat actor.

The actor spent time reassessing and re-evaluating his acting career till he finally bagged Anurag Kashyap’s Manmarziyaan in 2018. Then, in 2020 Abhishek began his back-to-back grand releases with Breath: Into the Shadow, Ludo and The Big Bull. Presently, the actor is shooting for his upcoming film Bob Biswas, while his Kabbaddi team Jaipur Pink Panthers has a documentary film, Sons of the Soil: Jaipur Pink Panthers, streaming on an OTT platform.

“It was a personal decision about how I want to approach my work. It was just that I felt that I as an actor had become a bit complacent (about my career),” he said in his recent interview with us.

Incidentally, even Abhishek’s dad Amitabh Bachchan had taken a break after back-to-back flops, after which he made a comeback with YRF’s Mohabbatein in 2000 and then Kaun Banega Crorepati, the reality quiz show.

Sushmita Sen: The Miss Universe 1994 and actress Sushmita Sen debuted with Dastak in 1997, and then the actress had back-to-back films till 2010. After that, the actress took a decade-long sabbatical.

Then in 2020, she made a roaring comeback with Ram Madhwani’s web series Aarya. Talking about her break, the actress says she didn’t feel inspired with the kind of work she was getting offered.

“I willingly decided to take a break. The kind of stories and scripts I was getting weren’t inspiring me enough, so I started writing my own story, but Aarya was much better than what I have written,” says Sushmita.

Karisma Kapoor: After a long hiatus, Karisma Kapoor too made a sizzling comeback in 2020 with the web series Mentalhood. The show didn’t hit really a chord with the audiences, but her fans were pleased to see her back on screen. What’s more, the actress’s earnest performance in the series even left the critics impressed.

“I wouldn’t say this is a comeback; I think this word is not perfect for actors. I would just say that I really liked the role. Honestly, when my children were born, it was my decision not to work. I didn’t want to work. I was happy not being in the limelight and just being with the family. Now that my children are older, I decided I’d do something that interests me. I always wanted to do something different, and it is a conscious decision to be selective because I want to give time to my family,” adds Karisma.

Lara Dutta: The Miss Universe 2000 made her digital debut with the comedy series called Hundred in April 2020. Her power-packed performance as a cop won the hearts of the audiences. Lara, who began her career as a protagonist in stories, had to soon settle for multi-star movies. With Hundred in 2020, her charts look very unlike what it was before.

“I’d never joined the industry to be a star. I always just wanted to be an actor. I was frustrated because people like to slot you, label you, and box you. Multiple offers that were coming to me back then were glamorous characters on screen. I was tired of playing sexy and good-looking glamorous roles, so it was very important for me to do different roles. I was fed up of going from one film into another without seeing any difference in the characters,” confesses the Partner actress.

Chandrachur Singh: Once Bollywood’s chocolate boy, Chandrachur Singh, had lost favour with audiences after a series of flops despite his rock-solid performance in Gulzar’s 1996-social-commentary Maachis.

Then, earlier this year, he made his comeback with Aarya acting as husband to Sushmita Sen’s character. The actor says that while he was happy in his space in Dehradun, his role in Aarya attracted him.

“It’s been a pleasure to work again, and the role was interesting. I worked with Sushmita, which was planned earlier as well for some other project but that didn’t work out so I am happy to be back,” says the Maachis actor.

Waiting in the wings

Akshaye Khanna: An actor who leaves a mark with every role follows a pattern of disappearing after wrapping a project. Post Hungama in 2003, Akshaye’s films didn’t do well at the box office and then he decided to choose his projects wisely. In the last four years, Akshaye has been seen in films such as Mom (2017), The Accidental Prime Minister (2019), Section 375 (2019) and Sab Kushal Mangal in 2020.

“I don’t know why that happens. I can’t find what I want to do, so it takes some time. And with me, as opposed to other actors, sometimes it takes a lot of time. For the majority of my career, I have always known what I am doing next. There are even times when you know what you are going to do two years from now. That is always a better feeling than not knowing. As an artist, you always feel comfortable when you know what you are going to do next. Both are fine with me, but I prefer the latter,” he explains.