The film returns to its space of romance with the song ‘Kuch Din’ after the dance track 'Haseeno Ka Deewana'. 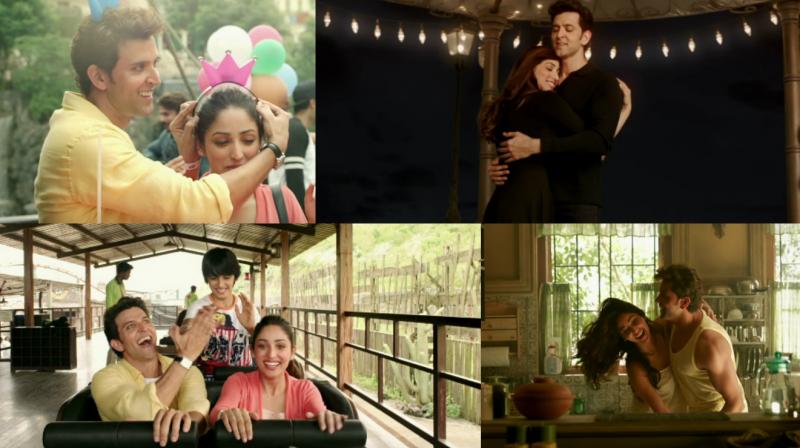 Video grabs from the 'Kuch Din' song from 'Kaabil'.

Hrihtik Roshan's 'Kaabil' is all set to clash with Shah Rukh Khan's 'Raees' at the box office, but have definitely edged ahead in promotions by already sharing two trailers and two songs while the latter has just revealed their trailer.

While the title track, ‘Kaabil Hoon’, had displayed the beautiful love between Hrithik Roshan and Yami Gautam and the second song, ‘Haseeno Ka Deewana’, was a high-on-energy song featuring Urvashi Rautela, the film returns to its space of romance with the new song ‘Kuch Din’.

The music and the videos of ‘Kaabil Hoon’ and ‘Kuch Din’ look quite similar to each other as this new song also sees Hrtihik and Yami enjoying each other’s company as they spend a day at an amusement park, enjoying rides and celebrating Yami’s birthday. The couple is also seen enjoying dinner at a restaurant where Hrithik gifts Yami a watch and they are also seen dancing together.

The song has been rendered by Jubin Nautiyal and composed by Rajesh Roshan.