King Khan confesses that his life revolves around work, and spending time with his kids. 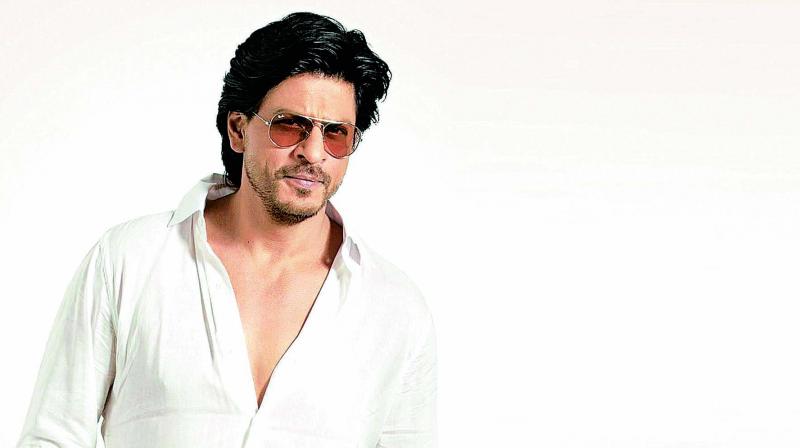 Most stars are “famous” for postponing their appointments, but not Shah Rukh Khan, who was recently in Hyderabad  to receive his honorary doctorate from the Maulana Azad National Urdu University. “I’m very humbled that I was given this doctorate,” he says, as he sips on one of the many cups of coffee he has been having.

Third underworld film
While he played the rather flamboyant Don in his previous films, SRK insists that Raees is very real. Describing his character, he says, “Raees Alam knows he is in a sinful job; he has emotions, issues, and even has a problem doing bad things, but he does them anyway.” He adds, “We wanted to make the character as real as possible. Rahul Dholakia (director) insisted that I wear glasses. I brought in Urdu in the dialogues because he is a Muslim. I love reading and watch a lot of films, and I picked up references to use for Raees.”

Need to make money
SRK’s body of work includes both commercial and realistic films, like the recent Dear Zindagi, where he played a middle-aged life coach. He admits that he gets bored doing just one kind of film. “I just can’t do a commercial film or a serious film. I need to do commercial films to make money, so that I can produce serious films. So I consciously mix the two,” he says. While maintaining that his female co-star’s roles are as important as his. “I never accept films where my heroine plays second fiddle,” he says.

Balancing roles
SRK is undoubtedly one of the busiest actors in India, and he says that his family is understanding. With three kids now, two of who are studying abroad, how does he manage to spend time with all three of them? “My older son studies in America, daughter in London and the youngest one studies in Bandra, so getting them together is a task, but sometimes it just happens. I got to spend time with them on Christmas. But the three of them know that filmmaking is tough. Even AbRam understands. Although when I’m going for a shoot, I tell him that I’ll be back in two minutes!” he says laughing. “I have trained Aryan and Suhana to keep awake till late in the night so we can spend time together. My life revolves around work and the kids, I don’t do anything else,” he says.

Being with children
It’s pretty obvious SRK loves his kids, from the way he lights up when he talks about them. “I love children. If I was left in a room full of kids, I would enjoy myself. Maybe it’s because I lost my childhood too early after my parents passed away and I had to work. I want an excuse to play with toys and go back to my childhood,” he says with a sudden seriousness.

A devoted Dad
“I look after my three kids the same way. I have given them a bath, taken them to the toilet and even put them to sleep. I have also dropped them at school every morning. As a matter of fact, AbRam will be going to school in four months and I’m looking forward to driving him to school.”

Talking about the kids, the doting father says, “I taught Aryan gymnastics, taekwondo and running when he was three-and-a-half. I taught Suhana football and taekwondo at five, and since these two turned out to be fine human beings, I must have done something right, so I already have a blueprint to bring up AbRam.”

AbRam is amazing
“AbRam keeps me completely shielded from the vagaries of work or I could just be thinking about films. But now that I have him, he takes my mind off things. He’s an amazing gift and I plan to teach him till class seven,” says SRK, as he adds with a laugh, “After his seventh standard, I can’t teach him because then I will need to study a lot again.”