While we’re still unsure if an engagement is on the cards already, Kriti hopes they’re seen as a girlfriend and boyfriend at least. 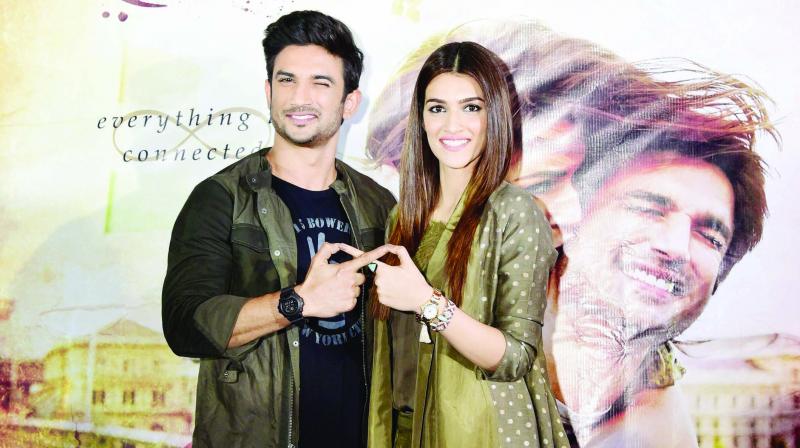 While we’re still unsure if an engagement is on the cards already, Kriti hopes they’re seen as a girlfriend and boyfriend at least.

The two have been meeting secretly of late, away from the prying eyes of the paparazzi. They seem to have rekindled the romance that they had given a break to after the release of the below-average film Raabta.

“The film may not have been a hit, but their relationship is,” a source laughs. “The complement each other really well and look good together too. Close friends are convincing them to make the relationship official, as it will reduce the insecurity in it for both of them, and will also get others to stay away from them. But Sushant is yet to agree to an idea like this.”