Prakash Raj: Why can’t I talk to my own PM?

Actor Prakash Raj opens up about his new rebellious avatar. 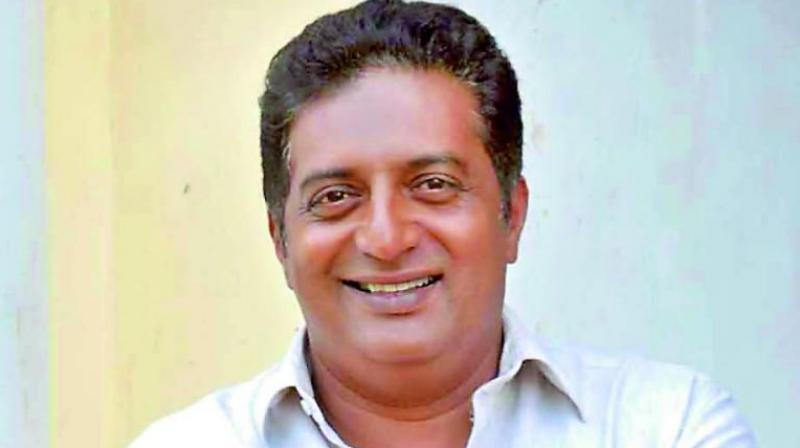 Prakash Raj has been in the news for his bold tweets — he has criticised none other than the Prime Minister. Suddenly, the actor has transformed into an outspoken person, without caring about the consequences. What triggered this?

“Not bold, I’m being honest! When I started my life, I wasn’t an actor, but then I got into the industry and found an identity as an actor and later ventured into other art forms. I have been a forthright person throughout my journey,” he reveals, adding, “Now, because I am politically straight, people are coming to see the other side of me (smiles), but I find it to be a natural transition. At every point in time, something triggers your transformation and that’s exactly what happened to me. When you see the death of your dear ones, something affects you. Perhaps Gauri Lankesh’s death triggered this transition.”

The actor’s association with Gauri’s family goes a long way. “I knew her since 30 years. But more than her, I knew her father, Mr Lankesh. He has been a great source of inspiration. He taught us how to react honestly and question when anything stops us from raising our voices. I used to spend time with him in the evenings. He created a great platform for youngsters like us to write and express opinions. But the fact that people were celebrating Gauri’s death was disheartening. And those who are supposed to be answerable remained silent too.”

What’s the agenda behind taking on Modi? “I am not questioning any party, I am only questioning the government. And as a citizen, can’t I talk to my Prime Minister? One politician says if I raise my voice against Modi, he will chop off my finger. The country is living under fear. I have every right to ask questions. And if I do so, why do you call me anti-Modi?”

What has the response been to his fiery tweets? “The response has been very encouraging and I have found a reason to live now. I feel happy that I am a responsible citizen now. I am not interested in politics. So the more you troll me, I get the better of you. For every person who trolls me, there are 100 people who are happy to see me speak up. So far, nobody has been that strong to issue death threats (smiles), let them come, at least the world will know I am right!”

Ask him how he wants to take it forward and he says, “I am just trying to inspire people to ask questions. There’s silence around, so I want to them to speak up.”

Regarding Kamal Haasan and Rajinikanth’s entry into politics, he says, “Let them come... let’s not be judgmental.”