According to CBFC insiders, the board is yet to scrutinise the application and will see it only after that. 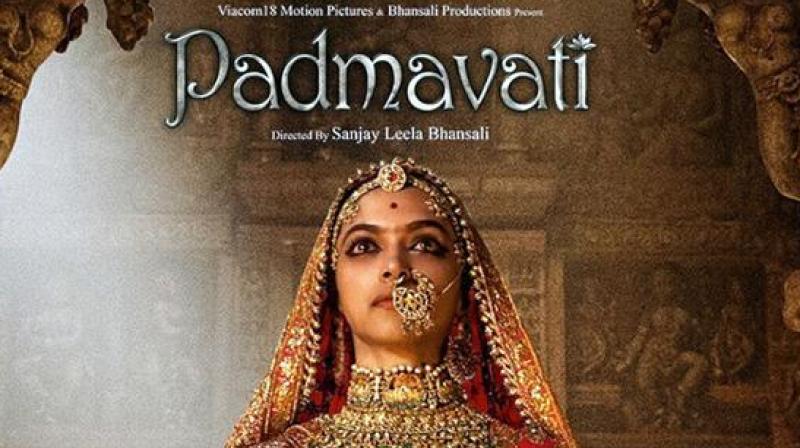 Mumbai: The makers of 'Padmavati' have submitted a fresh application for a 3D version of the controversial film, which has been awaiting clearance from the Central Board of Film Certification (CBFC), sources said.

Sanjay Leela Bhansali and Viacom 18 submitted the new application on Tuesday, they said.

The period drama was shot in 2D, but the filmmakers decided to convert it to 3D after positive feedback on the 3D trailer, it is learnt.

"The makers have submitted a fresh application to us yesterday for the 3D version. Now that they have applied for 3D (certification), we will have to look into the new application. The 2D application had come to us a while back," a CBFC source told PTI.

"When there is simultaneous release of 2D and 3D versions, we only certify the 3D part," the source added.

According to CBFC insiders, the board is yet to scrutinise the application. Only after, that will it see the film.

"We will have to scrutinise the application (again) and then follow the due process. So we have not given them any screening date yet," an official said.

The filmmakers have submitted three applications, including the latest 3D one, to the censor board. The first was returned because there was no disclaimer. A formal decision on the second application is still pending with the board.

The film was supposed to be released on December 1, but the makers have deferred it indefinitely.

"We are waiting for a screening date (from CBFC). Our clock has stopped now, we are just waiting and waiting. We will restart our plan (the release date) once we get the censor certificate," a source close to the producers told PTI.

Various Rajput groups and political leaders have accused Bhansali of distorting history in the movie by using a romantic dream sequence between the Rajput queen Padmini and Alauddin Khilji, a claim repeatedly denied by the filmmaker.

Historians are also divided on whether Padmini actually existed.

The film stars Deepika Padukone, Shahid Kapoor and Ranveer Singh in the lead.