‘I have at least seven personalities’

The young actress got candid about stardom, father Mahesh Bhatt and more. 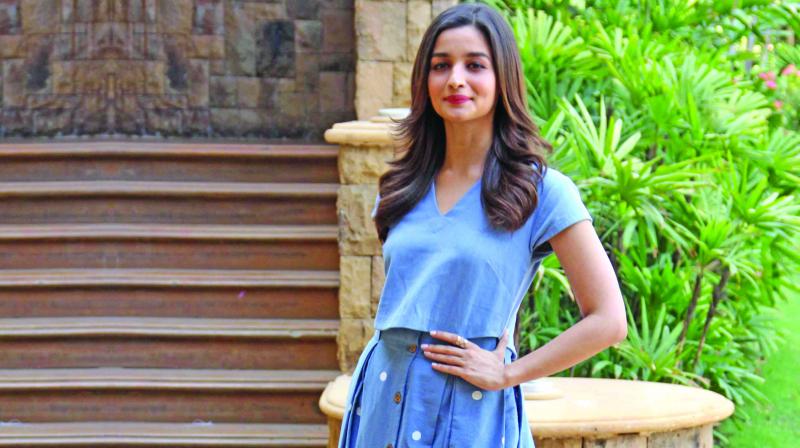 Ever since she was four years old, all Alia Bhatt wanted to be was a star. Though the launch of her career was fairly smooth despite the box office and critical failure of her debut film Student of the Year, the actress has had to weather her share of storms – not the least of which was her president of India debacle.

In conversation with Anshul Chaturvedi at the International Film Festival of India (IFFI), however, the actress admitted that she has learned to take her lumps with a sense of
philosophy.

“There are people all over the world who know me only because of this debacle. I was at Singapore Airport, and the staff there said that they know me. I thought maybe they’d seen one of my films, but they said they really like my jokes. I guess at the end of the day, I’m just glad that I made someone happy,” she shrugged.

Having reached stardom at a young age, Alia now wishes to live in the moment and take each glory as it comes. “My father always tells me that the day I join my own fan club, is the same day that my career is over. I don’t want anything to ruin my career, least of all something I did. So that’s something that helps to keep my head on my shoulders,” said the actress.

Parental support has always been a part of the actress’ life and she has time and again, spoken about the bond shared with her father, Mahesh Bhatt. On being asked how much of his feedback she listens to, Alia said, “He always has pointers for me after he watches a film. He’ll say that you did really great in this scene, or the actor overpowered you too much in that scene. But it’s before talk shows and interviews that he really gets excited,” giggled the actress.

On a more serious note, Alia, like many others in the film industry lent her full support to the Padmavati team, saying, “I said this in my tweet, and I say it again, it’s not just Padmavati, but this entire trend of protesting against films that I have a problem with. Let the film release first.”

Later, when asked if a screening of the film will skew history, she added, “I am not a part of the film, so I couldn’t tell you if there is anything like that. But there is such a thing as creative licence… Just as you have your right to your opinion, I also have my right to expression.”