Neha started shooting and even posted fun-filled videos and pictures with Arjun, Bazmee and the rest of the cast. 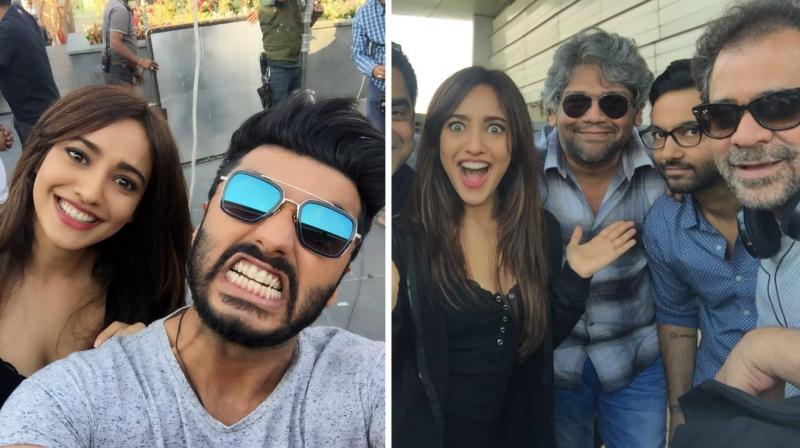 The team of Anees Bazmee’s wedding comedy ‘Mubarakan’ recently kicked off the shoot of the film in style with the lead actors Arjun Kapoor and Anil Kapoor making a grand entry ‘Maharaja’ style in Chandigarh. We also saw the first look of the double role that Arjun Kapoor is portraying in the film. Anil Kapoor, who is not supposed to join the shoot till January, snapped the clapboard for the first shot of the film and later posed with his nephew Arjun and the clapboard.

While the film is all set to be a multi-starrer with Athiya Shetty and Ileana D’Cruz also being a part of the cast, another actress has also joined the cast and it is the ‘Tum Bin 2’ actress Neha Sharma. Neha started shooting with the cast and crew and even posted fun-filled videos and pictures with Arjun, director Anees Bazmee and the rest of the cast.