And that brings us to Irfan Kamal’s Satellite Shankar, Sooraj Pancholi’s comeback film that was to release on November 15. 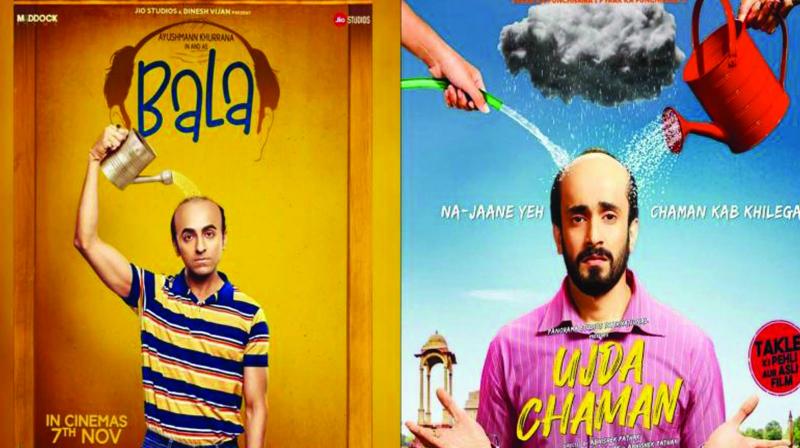 In a tweet on Diwali day, Bala’s leading man Ayushmann Khurrana announced November 7 as the final release date, thereby putting an end to the competition with the other film on the same theme.

Ujda Chaman is the official Hindi remake of the Kannada film, Ondu Motteya Kathe. Its producer, Kumar Mangat, whose son Abhishek Pathak makes his directorial debut with this film, feels their film has the right of way as they had locked in on a release date, November 8, long before Bala had.

“But then the Bala team decided to jump the queue and announced November 7 as their release date. This prompted the Ujda Chaman team to prepone their release to November 1. The buzz was that Bala then decided to come on October 30. However, the unavailability of theatres and screens — what with last week’s three Hindi Diwali releases occupying all the theatrical space — prompted the Bala team to adhere to the November 7 release plan,” says a source.

And that brings us to Irfan Kamal’s Satellite Shankar, Sooraj Pancholi’s comeback film that was to release on November 15. It has now been preponed by a week, as there is no release on that day anymore.

As for the battle of the baldies, audiences can now see Sunny Singh’s predicament in Ujda Chaman first and then watch Ayushmann Khurrana take over the bald space with Bala six days later.