DeepVeer wedding: Colour co-ordination by Sabyasachi set to be the theme?

Deepika Padukone and Ranveer Singh, after 6 years of dating, are finally set to get married on November 14-15. 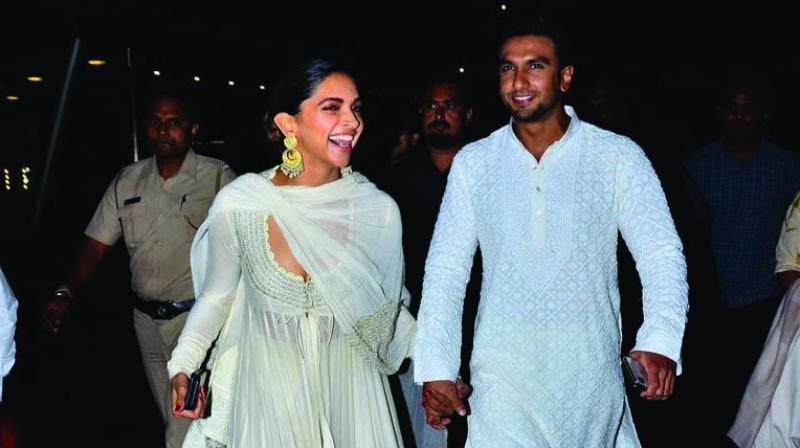 In a show of solidarity, Deepika and Ranveer walked into the screening holding hands.

Deepika Padukone and Ranveer Singh, after 6 years of dating, are finally set to take the next step, as they are all set to get married on November 14-15.

The wedding ceremony extends to two dates since they will get married with South Indian rituals as well as Anand Karaj, which happens to be the auspicious ceremony in Ranveer Singh’s caste.

While 4 members from Bollywood prepare to reportedly go to Lake Como in Italy for the wedding, Filmfare has announced an update which they received.

According to the magazine, DeepVeer have decided to have a colour coordinated function, in which Deepika’s side of the family will wear Sabyasachi outfits.

It further even goes on to report that the waiters too have been provided with specific colour palettes for their uniforms to match with the theme of the ceremonies.

That doesn’t come as a surprise considering their love for colours, which has been the journey in their movies and even outside the movie world.