The Bole Chudiyan actress finds Nawazuddin Siddiqui not as broody and serious as he appears from afar. 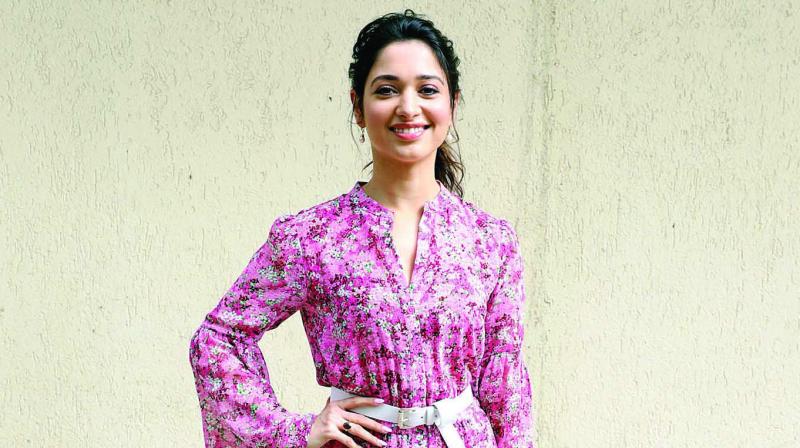 Tamannaah Bhatia starrer Bole Chudiyan, co-starring Nawazuddin Siddiqui and directed by Shamas Nawab Siddiqui went on floors with the first schedule in August this year, and is scheduled for completion in the next 10 days.

When asked about her experience working with Nawaz, Tamannaah is full of praise. “I loved performing with Nawaz. While working with him, I was left surprised because he comes off as such a serious and brooding actor, but he was the opposite on the set of this love story. Whenever I would tell him that I would surprise him with my performances, he too worked so spontaneously. In fact, our give and take during the scenes came about in a fluid manner. I enjoyed working with him,” she gushes.

Meanwhile, Tamannaah is gearing up for her next film Sye Raa Narasimha Reddy, which will release on October 2. With ample excitement for the film, starring Telegu sensation Chiranjeevi and Bollywood legend Amitabh Bachchan, Tamannaah wants her fans to wait and watch her role that she is portraying in the film. “I am not going to tell you what role I play in this film. You need to wait and watch the film to know my character,” she smirks.

The actress, who has been on a South Indian film kick lately, is happy to be tagged as the Southern siren. “Ab jo bhi tag dena hai, de do (Give me whatever title you would like). I am just happy that I am doing films down South as well in the Hindi film industry too,” she smiles. “For me, working is more important. Be it down South in Tollywood or Bollywood. I am happy that I am getting work in both the industries,” she concludes.