Kalki even spoke on how initially she lacked in knowing the importance of being a mother which was bothering her. 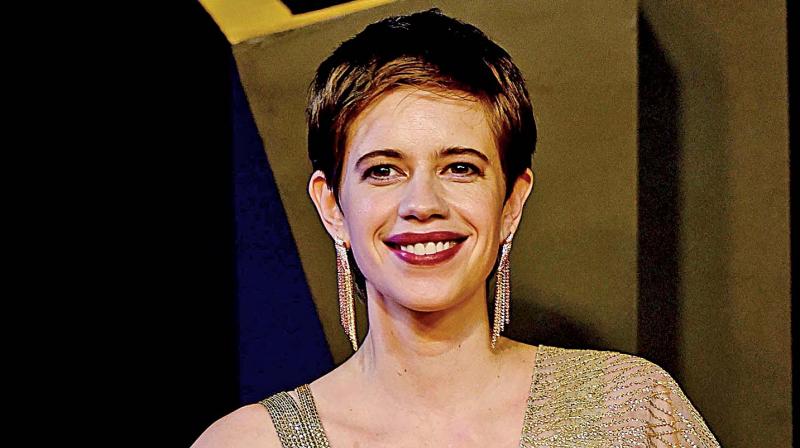 She adorably tells “What I fell in love with was his [Guy’s] calm.”
Kalki even spoke on how initially she lacked in knowing the importance of being a mother which was bothering her. After she got preggers she saw her work as something that is helping her in growth. A lot of things changed post she got married now ex-husband Anurag Kashyap.

She told Brunch, “I don’t know when my notions began to change, but I knew that after the break up of my marriage with Anurag [Kashyap, film director], I had come to revisit many ideas. I already feel the changes in the way I react to things. I am more deliberate, slower, more patient. When motherhood comes eventually, it brings with it a new consciousness to your sense of person. I still want to work but it is less about the rat race and more about nurturing oneself through one’s work. It becomes about infusing concentration and energy inward."

“Motherhood began with my brother, who is much younger than I am. I remember watching him come home from school one day, he must have been seven or eight, with a project on climate change and thinking ‘this is such a renewal of innocence’. Children take us back to the basics; remind us of what is important. Also, just wanting to experience pregnancy, of feeling this life grow inside you, she further added.

Kalki further revealed that she has already decided on the name of her child. Kalki added, “ “I’ve chosen a name that works for either gender and that is representative of a gay person, because I want my child to have that freedom of movement under the many umbrellas of gender that we have.”

Kalki is expected to give birth to her bundle of joy by December and shall go to Goa for water birth. She has already located a naturalist birth centre. In case of a serious emergency, a hospital is 20 minutes away.

On the work front, the Sacred Games 2 actor just completed shooting a Tamil episodic film for a Netflix series with director Vignesh Shivan. She has also shot the podcast for BBC, named My Indian Life.