Akshay also touched upon his next film Prithviraj, in which he plays the lead role of the Chauhan dynasty king. 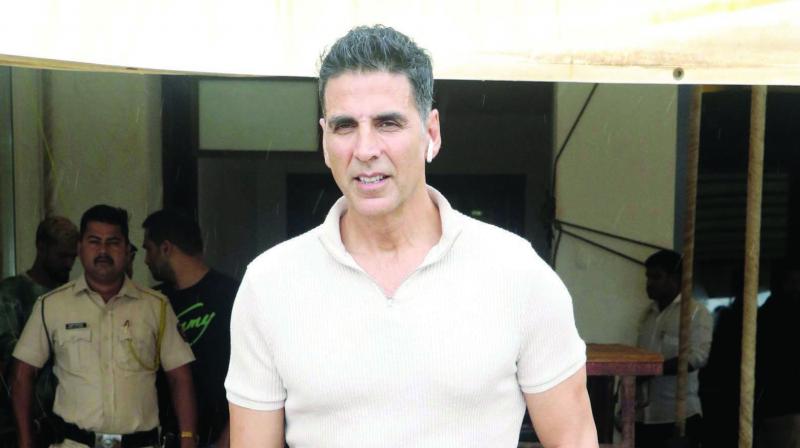 At the trailer launch of the comedy film, which had a full house of celebrities in attendance — Akshay, Sajid, Bobby Deol, Riteish Deshmukh, Kirti Kharbanda, Pooja Hegde and Kriti Sanon, and Farhad Samji — the tone was relatively more serious. Akshay was asked about the changes in the industry after the #MeToo wave, and whether he will work with former Housefull 4 director Sajid Khan.

The question posed to Akshay came at a time when production companies, including Nadiadwala’s production house, have appointed officers who especially deal with such cases.

“I do not know what exactly had happened. But if at all he is acquitted from this issue, I shall definitely work with him,” the actor responded.

He also revealed that the actors from the first three films from the franchise would also make appearances in Housefull 4. “We were discussing making a Housefull film in which we can add all those actors who worked with us in the previous films as well. That film will be like our comedic Avengers film,” he laughed.

However, Akshay adds that bringing so many stars together was not easy. “It’s very difficult to bring everyone together, and the film took some time because of VFX. We had otherwise finished the making of our film in only 60 days. When we work together, everything falls in place,” he shares.

Akshay also touched upon his next film Prithviraj, in which he plays the lead role of the Chauhan dynasty king. “This is a different film, so there will be no effect on my character which I play in Housefull. Also, in between these two films, I would have already done four films,” he concludes.