We would bunk classes and go cycling, says Salman Khan

At a curtain raiser event for the Arunachal Mountain Bicycle Race, Salman Khan shared his own childhood experiences. 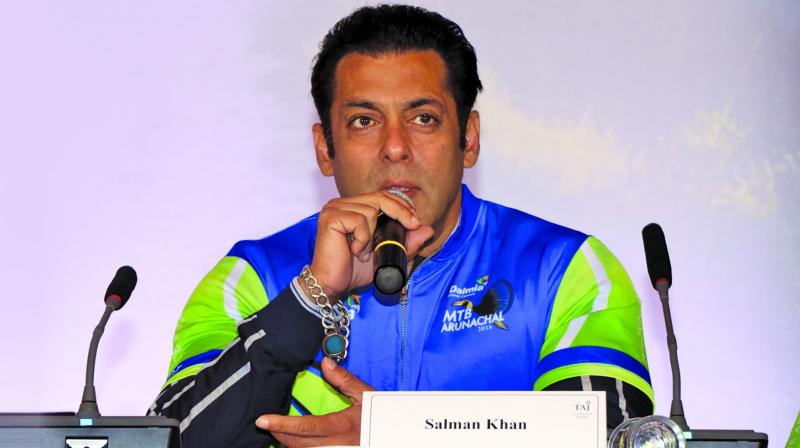 Actor Salman Khan attended a curtain raiser event for the second edition of the MTB Arunachal Mountain Bicycle Race and unveiled the official race jersey in the presence of Union Minister Kiren Rijiju this Thursday. Speaking at the event, he called upon the country’s youth to participate in the prestigious competition and to take up cycling as a way to improve their fitness.

The actor, who’s often been spotted cycling on the roads on Bandra himself, talked about his own cycling experiences, saying “I remember, when I first started cycling, my father would hold my bike from behind and give me a slight push. I would go on pedalling away to glory and not realise that dad was no longer holding my cycle. Then, when I would turn around and see that dad was not there, I would fall off the bike in fear.”

“In those days, we would hire cycles for 25 paise a day. The first time I was allowed to go outside the gates of Galaxy Apartments was when I was asked to cycle to a medical store nearby and fetch some medicines. My mother was panicking until I got back home safely,” the actor added.

He also remembered riding “double-seat” in his school days. “We would bunk classes and go cycling around a girls’ convent school. I would even drop one of my school teachers home – double-seat. It was fun!” he said.

Salman’s movie Tubelight was shot in Arunachal Pradesh, and it featured local child actor Matin Rey Tangu. The actor spoke about how he hoped to travel to Itanagar soon to visit his young co-star. “I have promised Matin that I will surely visit him. I am due to take a holiday soon and I will spend it with Matin in Itanagar,” he said, adding “Matin always says, ‘I came to Mumbai for you, but you haven’t come to my city.’ So after I complete my shooting schedule for Bharat, I will go on a short holiday to Arunachal Pradesh.”