Sidharth Malhotra and Riteish Deshmukh in Milap’s next

The trio last worked together on the 2014 film Ek Villain. 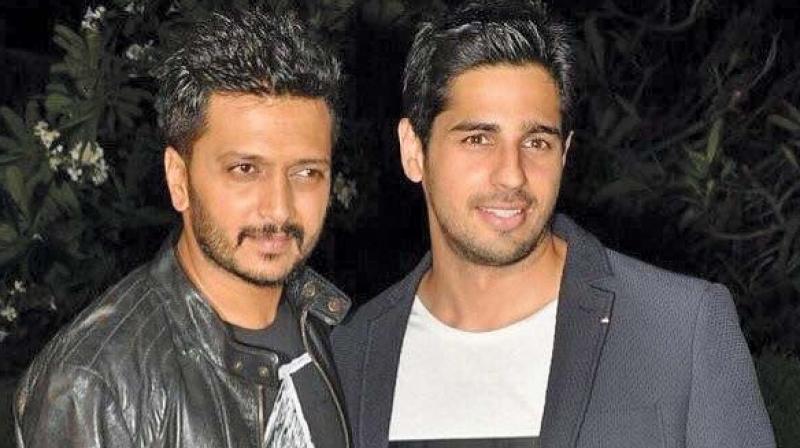 Writer-director Milap Zaveri, who’s currently working on a sequel to Satyameva Jayate, has also started work on another project, for which reportedly he’s got Sidharth Malhotra and Riteish Deshmukh on board. The actors last shared screen space in the 2014 film Ek Villain, which was written by Milap and directed by Mohit Suri.

Says a source, “Both Riteish and Sidharth like the script and have given the project their nods. Now, it remains to be seen who will produce the film. Nikhil Advani of Emmay Entertainment and Bhushan Kumar of T-Series have agreed to work with Milap and bankroll one film each apart from Satyameva Jayate 2, which they will co-produce. We’ll have to see if this film is made as part of either one of those deals, or if it goes to some other producer.”

Details regarding the project are being kept under wraps for the moment. But we hear that Milap has scripts for a thriller and a comedy ready. His earlier directorial ventures Jaane Kahaan Se Aayi Hai and Mastizaade may have fallen by the wayside, but his recent John Abraham, Manoj Bajpayee-starrer Satyameva Jayate has been declared a box office hit, falling just short of the Rs 100 crore mark. Now, the filmmaker seems to be on a roll.