But whenever there are international celebrities coming to attend events there is a lot of crowd. 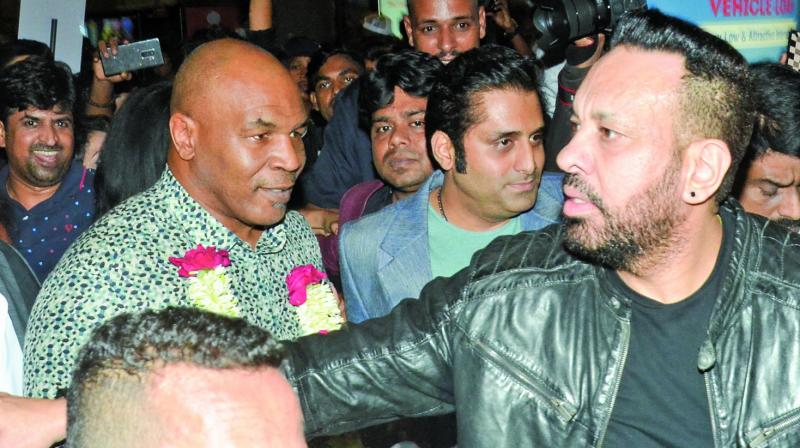 Salman Khan’s bodyguard Shera does not have much of a problem guarding the actor through airports as much as he does during public events, but when Mike Tyson arrived in Mumbai on Thursday night it did prove a handful.

Shera who also runs his own security agency was armed with a posse of bodyguards, but Tyson who had come to attend a boxing event was swarmed with fans from the organisers’ end apart from fans at the airport.

“Normally there is not so much madness when our stars come. But whenever there are international celebrities coming to attend events there is a lot of crowd. Once the formal things were done like garlanding Mike, the fans went mad and wanted to touch him. They rushed towards him pushing the paparazzi as well. It was not possible to even take proper pictures and videos of him from close range. Somehow Shera and his team managed to rescue Mike Tyson and took him away safely to his car before the mad mob got to him,” says an eye witness.

Well, fans may have not heard that during the Sound and The Fury fight when Mike bit off Evander Holyfield’s ear leading for the match to be named as The Bite Fight.