‘She made false accusation, should apologise’: Nana to slap legal notice on Tanushree

The veteran actor, who is currently shooting for ‘Housefull 4’, communicated the news through his lawyer. 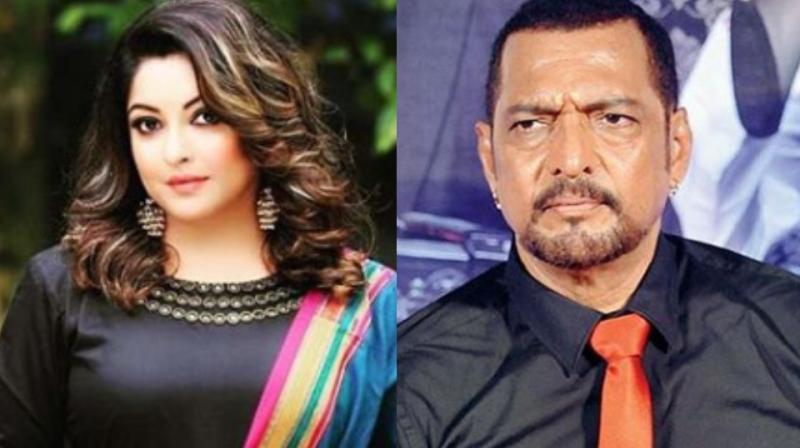 Nana Patekar had earlier denied Tanushree Dutta’s claims of sexual assault by saying it wasn’t possible as there were many people on set.

New Delhi: Veteran actor Nana Patekar has decided to send a legal notice to Tanushree Dutta following her allegations that he sexually harassed her on the sets of a film in 2008.

"We are in process of sending legal notice to Tanushree Dutta as she has made false allegations and has spoken untruth. We will send the notice later today which will be basically a notice seeking apology for her statements," said Shirodkar.

Dutta had recently alleged that Patekar misbehaved with her on the sets of the film ‘Horn 'Ok' Pleassss.’

She alleged that she was harassed by Patekar while shooting for a special dance number in the movie. The former beauty queen also accused dance choreographer Ganesh Acharya of teaming up against her.

"He was being aggressive and was pushing me around. I complained about him, but it was not heard. They (film crew) were forcing me to do an intimate step. My contract stated that it was a solo dance sequence, and it was not supposed to be a duet. It was a way to manipulate me. This was the whole harassment situation going on," Dutta said.

The 'Aashiq Banaya Aapne' actor further alleged that she and her family were attacked after she refused to perform the intimate step.