Bihari mathematician Anand Kumar was conspicuous by his absence at the poster-release event for Super 30. 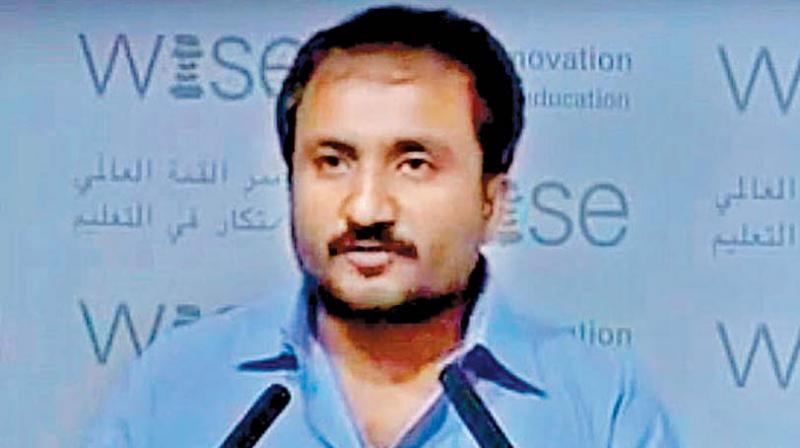 Bihari mathematician Anand Kumar was conspicuous by his absence at the poster-release event for Super 30, the film starring Hrithik Roshan that’s based on his life. But that’s because, true-to-form, he was spending the day with his students.

“The poster was released on Teachers’ Day, and I had to be in Patna, with my students, on that day. That’s why I couldn’t attend the poster-release. However, I’ll be promoting the film along with Hrithik Roshan when it’s ready for release. I may also ask some of my students to join me. I am what I am because of my students,” Anand says.

He also reveals that’s the film’s tagline, “Ab raja ka beta raja nahin banega. Ab raja ka beta wahi banega jo haqdaar hoga!” was finalised long before the shooting even began. “The writers thought that that line would convey the film’s purpose. My endeavour in life has been to educate the poor and equip them with the knowledge that will empower them against poverty,” he says.

He adds that’s delighted with the way Super 30 has shaped up. “The film will definitely encourage promising students to become teachers. I don’t know why the profession has lost its aura. Perhaps teachers themselves are to blame for the loss of credibility. I hope this film will revive the respectability of teachers as gurus and architects of the future,” Anand says.

Ask him how it feels to be portrayed by Hrithik Roshan on screen, and he says, “I don’t look like anything like Hrithik Roshan, he looks like a Greek God. But to see him playing me is a very big thing for someone who comes from a background where film stars are thought to belong to a dream world.”