Is Judwaa 2 all set to become Varun Dhawan's biggest hit yet?

The film, helmed by David Dhawan, is expected to take a bumper opening and end up being his biggest hit yet. 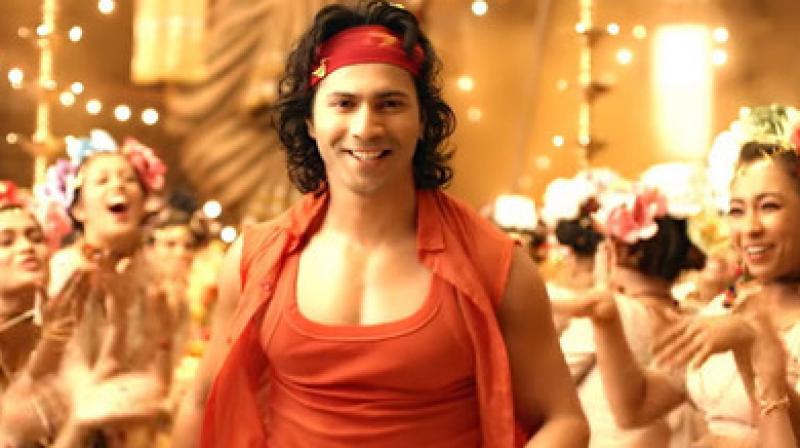 Mumbai: Sajid Nadiadwala's 'Judwaa 2' releases on the golden weekend of Dussehra on September 29 2017.

The date is one of Bollywood's most commercially viable dates as it promises the benefit of a 4 day weekend.

Varun Dhawan, Jacqueline Fernandez and Taapsee Pannu starrer that releases this Friday will enjoy the National Holiday of Dussehra, followed by a Sunday leading to the Gandhi Jayanti holiday.

Owing to the entertaining content, euphoric songs and audience favourite star-cast, the makers of 'Judwaa 2' have hit a masterstroke with blocking the golden release date of the Dussehra weekend.

The release date proves to be hitting the bull's eye and a hot pick of every film maker in B-Town.

Maverick producer Sajid Nadiadwala exerting his experience locked the release date of the film nearly a year ago, with the date being announced in September 2016. The visionary film maker took a headstart and ensured the successful beginning for the family entertainer. The release of ‘Judwaa 2’ is indicative of the fact that a strong producer like Sajid Nadiadwala can change the faith of the film.

In addition, the hugely anticipated event film of the year, Judwaa 2's smart Costing and spectacular revenue from satellite and music has ensured that Judwaa 2 is a huge hit right even before it release.

'Judwaa 2' directed by David Dhawan will have Varun Dhawan bringing back to celluloid the iconic characters Raja and Prem portrayed by Salman Khan in 'Judwaa'. Jacqueline Fernandez and Taapsee Pannu will be seen stepping into the shoes of Karisma Kapoor and Rambha respectively.

Produced by Sajid Nadiadwala, directed by David Dhawan, ‘Judwaa  is presented by Fox Star Studios and Nadiadwala Grandson Entertainment. The film is slated to release on September 29.