By shelving Inshallah, Sanjay Leela Bhansali may have prevented a rift in his friendship with Salman Khan but caused a bigger one in Alia’s heart. 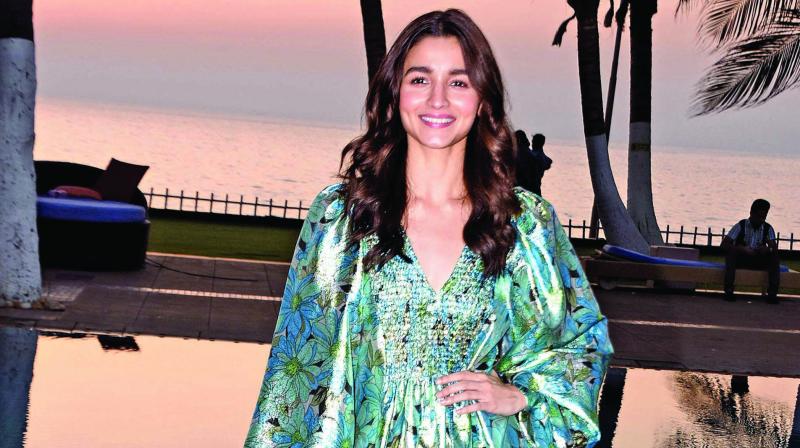 Stage No 1 of Mehboob Studios had been booked and preparations were going on for the shoot of the film Inshallah. Even Alia Bhatt, who was to star opposite Salman Khan, had mentioned in one of her interviews earlier this month how excited she was to with director Sanjay Leela Bhansali. It was a dream come true for the actress to work with a filmmaker of Bhansali’s stature and a superstar like Khan.

As soon as the news of the unusual casting broke out, she had even taken to Twitter to vent out her excitement. “I was 9 when I first walked into Sanjay Leela Bhansali’s office, all nervous and hoping and praying that I would be in his next film. It’s been a long wait (sic).”

Alas, it was too good to be true. As disagreements between Khan and Bhansali led the filmmaker to take a bold decision of shelving the film, the actress was left in muddy waters, as she didn’t know what to do because she had nothing to do with the problem.

“She was very excited about the film. The recce had also been done, and she was informed that she would be shooting soon. Like Alia, a lot of people connected to the film were completely in the dark about what was happening. Now she is pretty heartbroken and is wondering what Bhansali’s next step will be. She was very keen to work with him, as well as Salman, and she now hopes to work with them individually, even if the two can’t meet again,” says our source. “Her family, who has been in the film business for a long time, will be able to explain to her that such circumstances arrive at times in the industry when there is a slip between the cup and the lip,” adds the source.

Interestingly, this means that with an unblocked date diary, Alia could explore something different at this juncture. A source says, “Alia is a busy actress, she has some great films in her kitty. A films’ fate is not in an actor’s hand, and she will now only have to adjust her dates. Earlier, Alia had already allotted dates for Bhansali’s film, now she will be giving the dates to some of her other projects.”

Meanwhile, it appears that Alia has another pressing issue to sort. The actress has recently been accused of plagiarising her song Prada, released on her YouTube channel, from a Pakistani song. Turn to Page 19 to read more about it.    —Sanskriti Media