Entertainment   Bollywood  29 Aug 2018  Varun Dhawan opens up about girlfriend Natasha, on marriage says 'totally up for it'
Entertainment, Bollywood

Varun Dhawan opens up about girlfriend Natasha, on marriage says 'totally up for it'

Despite making numerous public appearances with Natasha, the actor has always remained tight-lipped about his relationship. 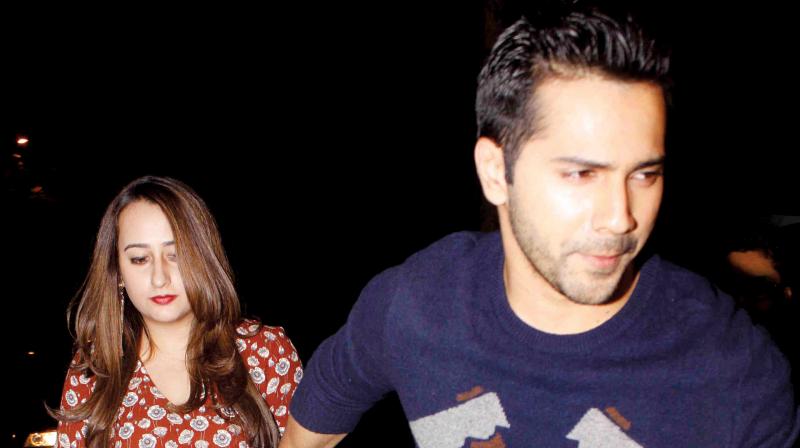 Mumbai: Bollywood star Varun Dhawan has finally opened up about his childhood sweetheart Natasha Dalal and her impact on his life.

Despite making numerous public appearances with her, the 31-year-old has always remained tight-lipped about his relationship. However, in a recent interview with a magazine, the 'Badrinath Ki Dulhania' star said, "My first love is films and everyone in my life knows that. After that comes Natasha, my family, and my friends. I just don't make relationships to let go of them."

The actor further revealed how Natasha influenced him to take up some of the projects he has been a part of.

"Actually, I decided to do a film like 'Badlapur' or 'October' because of her. It's because of her and some of our friends that I do slightly different films. They like such kind of cinema," Varun told Filmfare while adding, "What's special about our relationship is that I have someone, who isn't with me just because I'm an actor. It's amazing to have someone like that in your life. We bond over each other and that's the main thing. We've known each other for too long, so the connection is deep. It's like family. It's always been so."

When the publication asked the 'Judwaa 2' star about his take on marriage, he said, "I'm for it. I don't know when. But I'm totally for it for sure."

On the work front, Varun is currently busy promoting his upcoming film 'Sui Dhaaga' which also stars Anushka Sharma. The lead stars, who have come together for the first time on-screen, will be taking the message of 'Made in India' forward. Directed by Sharat Katatria, the film is all set to hit the big screens on September 28.