The 75-year-old actor said he was happy to return as a host of the popular game show, but also welcomes the superstar. 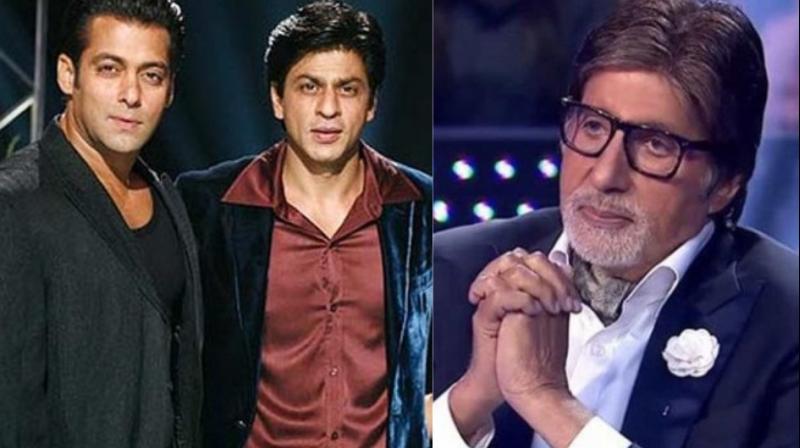 Mumbai: Megastar Amitabh Bachchan says if Salman Khan is keen on hosting the popular game show ‘Kaun Banega Crorepati’, he is welcome to do it.

In an episode of ‘Dus Ka Dum’, Salman had said he would love to host KBC.

When asked about Salman's interest in hosting the show, Bachchan told reporters, “He is welcome to do it.”

The 75-year-old actor said he was happy to return as a host of the popular game show which is now in its eighteenth year. Bachchan said the show's USP is not him but the content and the contestants.

The actor was asked if his granddaughter Aaradhya is aware of the show, to which  Bachchan replied, "She knows that there is a show called KBC. She loves the title music and can identity it. But I've not played this game with her. Though it's a good idea."

At the event, Bachchan was also asked about son Abhishek's comeback film ‘Manmarziyan’,

"Don't know if it should be called a first inning or a second inning, but he's working and I am looking forward to see his work,’ Bachchan said.