Entertainment   Bollywood  29 Aug 2018  After blip, Akshay back to where he belongs, Gold his 9th film to cross Rs 100 crores
Entertainment, Bollywood

After blip, Akshay back to where he belongs, Gold his 9th film to cross Rs 100 crores

After his run of back-to-back films in the coveted club ended earlier this year, the superstar is back in it. 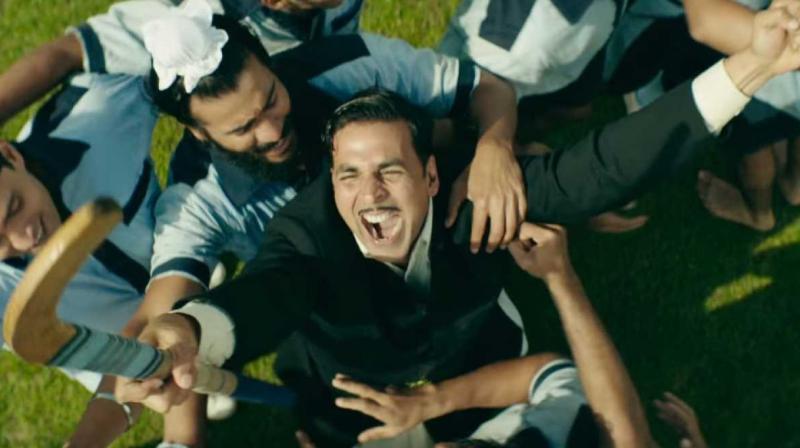 Akshay Kumar in a still from ‘Gold.’

New Delhi: Akshay Kumar's 'Gold' has finally crossed the Rs. 100 crore-mark on its 13th day to become the actor's ninth film to enter the coveted club.

However, that run came to an end earlier this year with ‘Pad Man’, which was successful but didn’t reach the three-figure mark. And ‘Gold’ has now ensured he is back to where he belongs.

His other 100-crore hits are ‘Holiday: A Soldier is Never Off Duty’, ‘Rowdy Rathore’ and ‘Housefull 2.’

In ‘Gold’, the 'Padman' star plays the role of Tapan Das, a character which is based on the man who led India to win gold at the 1948 London Olympics. 'Gold' marked the debut of TV sensation Mouni Roy on the big screen.

The sports drama also boasts of an ensemble cast including Amit Sadh, Kunal Kapoor, Vineet Singh and Sunny Kaushal, among others.