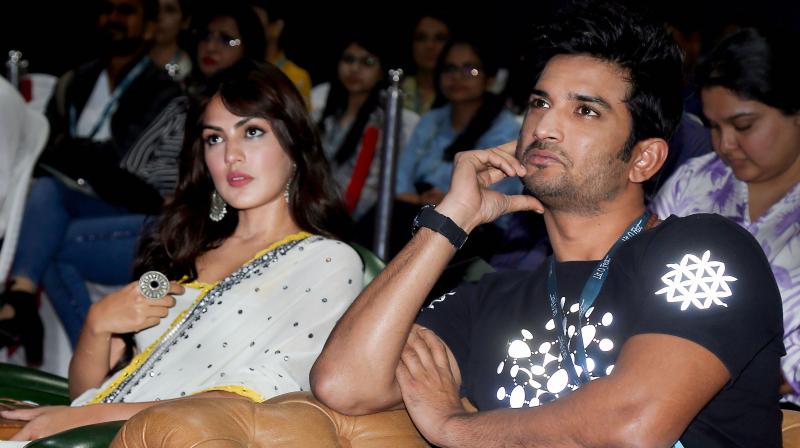 Patna: In a surprising twist in Sushant Singh Rajput's death case, his father has lodged a police complaint against his rumoured girlfriend Rhea Chakraborty and six others, including her family members, accusing them of abetting the actor's suicide.

Krishna Kumar Singh (74), a resident of Rajiv Nagar locality, had been maintaining a stoic silence over the tragic death of his 34-year-old son on June 14.

An FIR was lodged on the basis of the bereaved fathers complaint on July 25 under various sections of the Indian Penal Code including those pertaining to abetment of suicide and fraud, Inspector General of Police, Patna Zone, Sanjay Singh told PTI.

The IGP said a four-member team has left for Mumbai to investigate the charges levelled by the complainant.

"I request you with folded hands to initiate a CBI enquiry. I only want to understand what pressures prompted Sushant to take this step," she wrote.

In his complaint, Rajputs father has also sought to invoke the provisions of the Mental Health Care Act, alleging that the "machinations" of Chakraborty and her family members had caused his son to crack up, despite a successful career in films, and ultimately drove him to suicide.

Singh has accused Chakraborty, a budding TV and film actress, of having befriended Rajput in May, 2019 with a clear intent to use his good contacts for the advancement of her own career.

He has also alleged that the actress was aided by her family members, including parents, since they all were looking to purloin the assets of my son worth crores of rupees and started interfering in all aspects of his life.

Singh wanted a police investigation to ascertain where the Rs 15 crore deposited in a bank account held by Rajput was transferred.

The complaint said Chakraborty and her family convinced Rajput to leave his own residence and stay at a resort in the vicinity of Mumbai claiming his house was "haunted.

Singh has alleged that Chakraborty got Rajput treated by some "conniving" doctors for mental illness while keeping his family in the dark.

He also alleged that on June 6, less than a week before Rajput was found hanging from the ceiling of his Bandra house, Chakraborty came to his place and decamped with many of his belongings, including cash, his laptop, ATM card and other important documents.

At one point of time, my son decided to give up films, settle down in Coorg and pursue farming. He was blackmailed by Chakraborty who threatened him that she would make his medical history public and let the world know that he was mentally unstable, putting his career in jeopardy, he alleged in the FIR.

He also claimed that Chakraborty created "distance" between Rajput and his family.

The actor, aged 34, was found hanging from the ceiling of his apartment in suburban Bandra in Mumbai on June 14.

Several political leaders and film personalities have demanded a CBI probe into his death.

Rajput's suspected death by suicide has also triggered a debate on alleged nepotism and favouritism in the Hindi film industry. Several top production houses had allegedly boycotted the Patna-born actor, causing him distress and compelling him to end his life.