Taapsee and Rishi Kapoor to reunite after Chashme Baddoor, be joined by Prateik

The three actors have been cast for Anubhav Sinha's next film 'Mulk', which is the story of a small-town family. 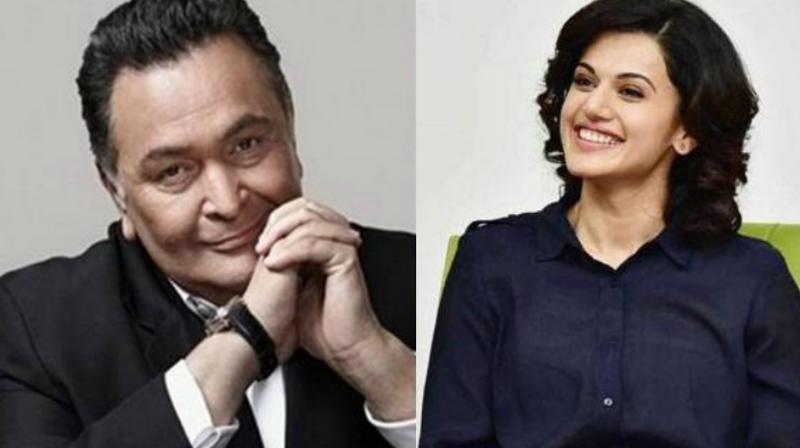 Rishi Kapoor and Taapsee Pannu's 'Chashme Baddoor' was a success at the box office.

Mumbai: Actors Rishi Kapoor, Taapsee Pannu and Prateik Babbar are set to team up with filmmaker Anubhav Sinha for his next directorial project, ‘Mulk’.

The film, also featuring Rajat Kapur, is a social thriller based on true life events and will go on floors in October.

"I am doing a thriller after 10 years and this will be quite different from what I have attempted in the past. I'm returning to my roots after so many years. It is my way of giving back to my hometown and it feels emotionally satisfactory," Sinha, Founder of Benaras Media Works, said in a statement.

The film, jointly written by Sinha and Mustaq Shiekh, revolves around the story of a joint family that hails from a small town in India, who are out to reclaim their honour after being embroiled in a controversy.

"Some stories resonate with your soul. They are heartfelt yet thrilling. 'Mulk' is one such story that has a pulsating vibe to it and will have you completely captivated," Shiekh said.

The film will be shot in Varanasi and Lucknow and is scheduled to release early next year.