Shockingly, at the cruise party, Priyanka could have almost fallen off the yacht while dancing. 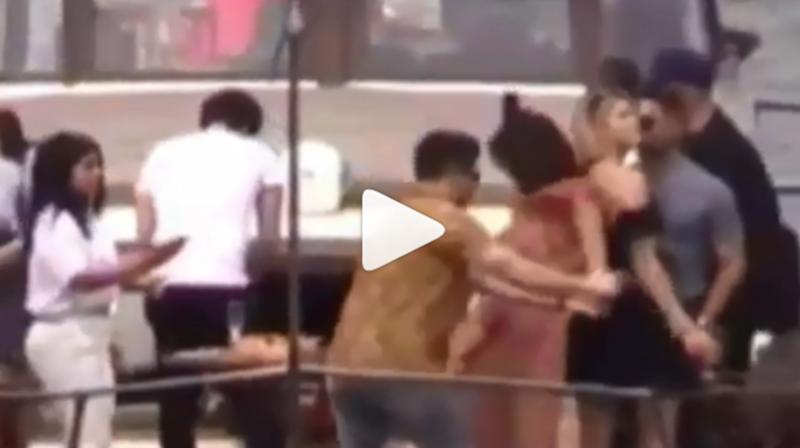 Mumbai: Priyanka Chopra and Nick Jonas are currently busy enjoying the pre-wedding celebration of Joe Jonas and Sophie Turner in Paris. The lovely couple has recently caught everyone's attention with their romance at the Parisian cruise party.

But shockingly at the cruise party, Priyanka could have almost fallen off the yacht while dancing. Yes, a video of Nick and Priyanka has got viral on social media in which Priyanka lost her control but a dear husband quickly holds her.

In the video, the desi girl can be seen laughing, even though her wine has fallen into the water. Apart from that, Priyanka and Nick's romance, kiss and dance pictures have also gone viral on the internet.

They are having so much fun 😭 #priyankachopra #nickjonas #sophieturner #joejonas

Yes, there is more! #priyankachopra #nickjonas

We are blessed in Paris #priyankachopra #nickjonas #sophieturner #joejonas

I’m sorry there are so many 😭 #priyankachopra #nickjonas #sophieturner #joejonas

Meanwhile, Nick's brother Joe Jonas and Sophie Turner are getting married at a more formal wedding in Paris. The couple is expected to get married on July 1, 2019, in the presence of family and close friends.

On the work front, Priyanka is all set to make her Bollywood comeback with the film, The Sky Is Pink. Directed by Shonali Bose, the film also stars Farhan Akhtar and Zaira Wasim in pivotal roles. The Sky Is Pink is scheduled to hit the screens on October 11, 2019.