Prabhudheva moves back to the South

2017 will keep Prabhu busy down South with the three Tamil films that he is acting in and the one that he is directing. 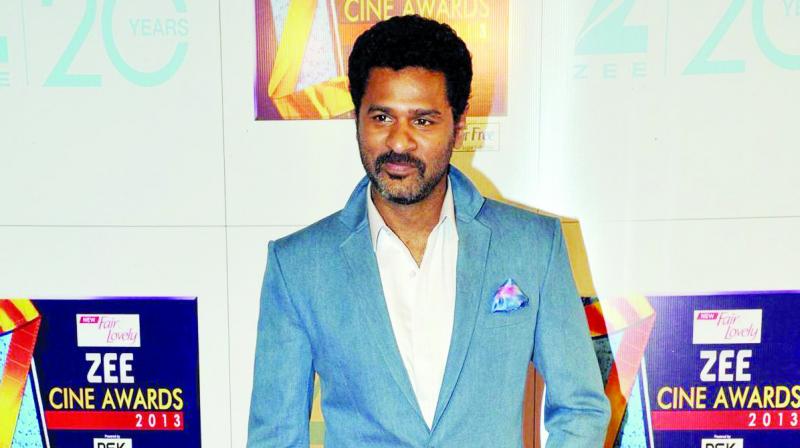 Prabhudeva has bid adieu to Bollywood and has moved back to his home in Chennai, for now, as all his film projects are now down South. Says Prabhu in his inimitable style, “I had moved bag and baggage to Mumbai for four years. I directed five Hindi films in a row. Now, I am back directing a Tamil movie Karuppu Raja Vellai Raja after six years.”

Did he move back because he was homesick? “Not at all. I don’t know where my home is anymore. My two sons are studying in Chennai, so I can’t uproot them from that city. But that apart, I consider all of India my home. I am comfortable in Chennai as I am in Mumbai and Hyderabad. My work takes me places,” he says.

Work, we gather, means not just direction, but also acting. “Would you believe it? I am working in three Tamil films at the moment. They are very different from one another, and in fact, they require me to stretch myself beyond what I’ve done so far. Any work I do as director, actor or choreographer has to take me ahead of what I’ve already done,” says the multifaceted Prabhudeva. “I think I am all the things that I do put together. Work is all I have. I have no love life. Even if I did, work would always be my top priority. I need to be always working, be it in any capacity or language. As a choreographer, too, work needs to inspire me. I recently choreographed a song for a Tamil film with Sayesha Sehgal, who incidentally plays the lead in the Tamil film I am directing,” he asserts.

So is it goodbye to Bollywood for now? “Not at all. In fact, I am already looking at projects in Hindi. One film that I am directing is a love-action drama starring Sooraj Pancholi, but that would be in 2018,” Prabhudeva confirms.

2017 will keep Prabhu busy down South with the three Tamil films that he is acting in and the one that he is directing. The Tamil film Karuppu Raja Vellai Raja that Prabhudheva is directing a lavish costume drama. Understandably, he is excited.

“I’ve never done something like this before, and it’s going to be a challenge. I am going to direct Karthi, Vishal and Sayesha Sehgal. Karthi, as you know, is one of the most promising actors. Vishal, I’ve directed in Vedi 2011. And Sayesha is the legendary Saira Banuji’s niece. It’s exciting to enter a new world with them, and I’m looking forward to it,” he concluded.