During the TV show something unpleasant happened and the way Race 3 stars reacted to it appalled many people on social media. 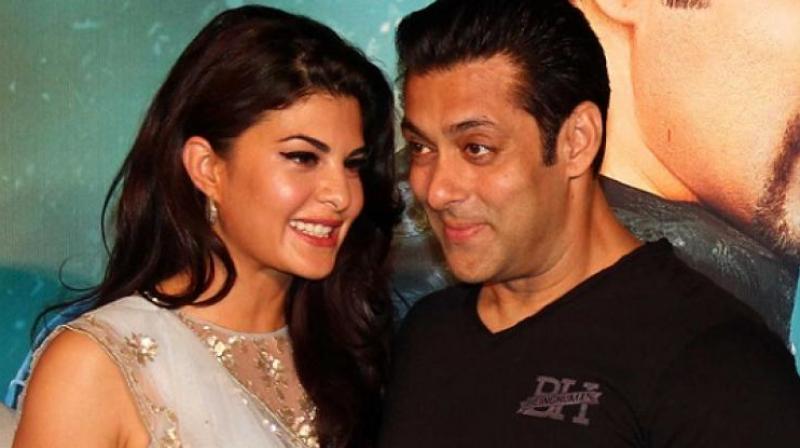 Mumbai: Salman Khan, Jacqueline Fernandez and the rest of the cast of upcoming thriller 'Race 3' recently appeared on the dance reality show to promote their film. But during the episode something unpleasant happened and the way Salman and Jacqueline reacted to it appalled people on the social media.

Salman Khan, the flamboyant superstar, asked a seven year old contestant if he wants to hug Jacqueline, to which the kid replied 'no', because he doesn’t feel like. But then Salman took Jacqueline to the stage and made him forcefully hug her, not once but twice.

Jacqueline posted a video of the moment which says, “Kids usually love me, this boy was an exception.. at least I got my hug in the end”.

Kids usually love me, this boy was an exception.. at least I got my hug in the end 😜😝 #dancedeewane @beingsalmankhan @madhuridixitnene @anilskapoor

Here are some of the comments of furious netizens who question Jacqueline and Salman about their irresponsible behaviour on National television:

Negating consent and all that we are teaching kids about how their bodies are theirs. *slow clap* https://t.co/ZJ1dVGCxmz

So @Asli_Jacqueline put up this video today https://t.co/yhWcsP3tBN
Salman Khan practically coerces a little boy on a reality show (who says he does not want to hug her) into giving her a hug. Infuriating!

@BeingSalmanKhan @Asli_Jacqueline If a kid repeatedly says he doesn't want to hug you, shouldn't you probably respect his wishes and consent and mind your own business and understand simple "NO" https://t.co/AyBLikaCnM #WeToo #Metoomovement

Kid of 5 or 6 says he doesn’t want to hug Jacqueline Fernandez. Celeb panel laughs. “Aise kaise?” Repeatedly he says he doesn’t feel like hugging her. Body language suggests same. Salman Khan forces him to hug her. Forces him to “tightly hug her” once again. Consent be damned. https://t.co/UPd9RfI0mD

Recently, Bollywood singer Papon created major controversy when he was caught kissing a minor participant of a music show.