Entertainment   Bollywood  29 May 2018  Abhinav Bindra to be a challenging role for Harshvardhan Kapoor
Entertainment, Bollywood

Abhinav Bindra to be a challenging role for Harshvardhan Kapoor

The actor who will soon start prepping for the film post the release of Bhavesh Joshi Superhero spill the beans on the Bindra biopic. 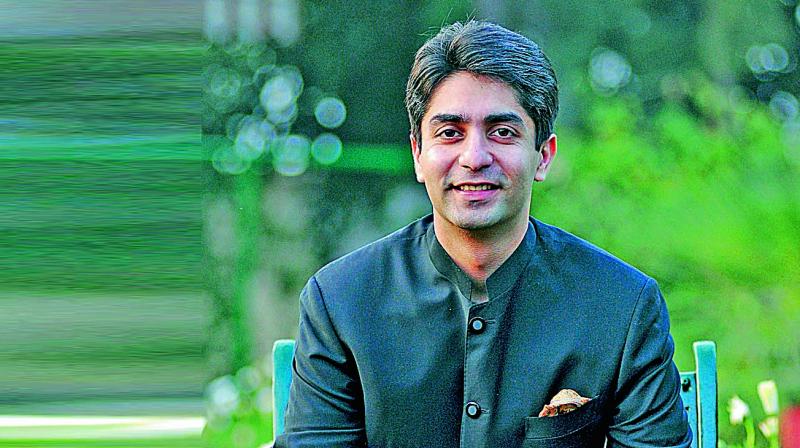 Looks like playing a reel-life hero will soon be actor Harshvardhan Kapoor’s forte. The actor who will next be playing a superhero in Bhavesh Joshi Superhero is all set and thrilled to portray the role of real-life hero, Indian Olympic gold medallist Abhinav Bindra.

The actor who will soon start prepping for the film post the release of Bhavesh Joshi Superhero spill the beans on the Bindra biopic.

“The film traces Abhinav’s life in two decades. The way we are trying to tell the story will be different. There will be a reverse and forward aging which involves the use of prosthetics and VFX. It’s a big challenge,” said Harshvardhan.

Directed by Kannan Iyer, the film is adapted from Bindra’s autobiography, ‘A Shot at History: My Obsessive Journey to Olympic Gold’. “We are trying to do something different with Bindra biopic. We are trying to make an Indian biopic, which is not a typical story. Abhinav is a wealthy guy and has grown up with privileged lifestyle. His conflicts are different and are closely based on his book,” the Mirzya actor said.

Currently promoting Bhavesh Joshi Superhero, Harshvardhan will be sharing the screen space with his father Anil Kapoor for the first time in Abhinav Bindra biopic. “I haven’t even thought about it too much. I am going to approach it like anybody else. I am not going to think about it. But yes I am looking forward to it,” he said.