Web is the most democratic form of entertainment, says Sumeet Vyas

He speaks about the relevance of the digital medium in present times, his journey and much more. 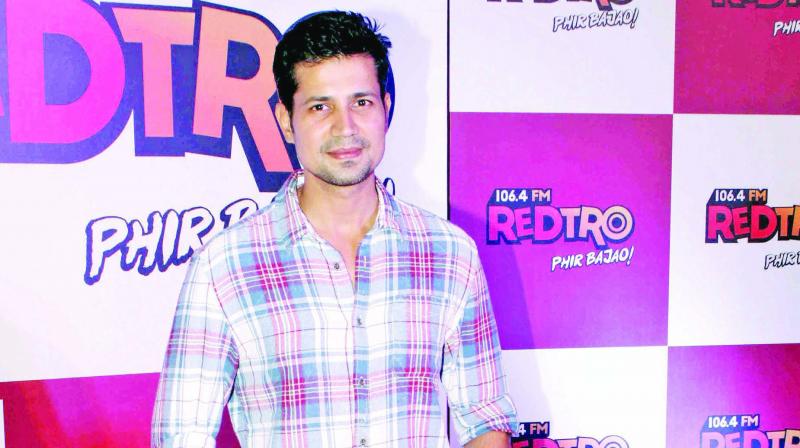 We best know him for his promising role in The Viral Fever’s Permanent Roommates  in 2014. A sweet and charming Mikesh — played by none other than Sumeet Vyas — managed to win a thousand hearts. Needless to say, the actor won a major part of his name and fame through the web series.

On the importance of digital medium
“The digital medium is the medium which has given me the attention that I am enjoying right now. I didn’t plan it. I just wanted to work with interesting people and that’s why I approached TVF (for Permanent Roomates). This is the most democratic medium of entertainment that we have right now. We have the freedom to express ourselves here… we don’t have to associate with a big production house to prove ourselves. Even a video with a funny dog is going viral these days. It just shows that if your content is fun and engaging, people will watch it,” says Sumeet.

On his role in Born Free
The actor, who was also a part of Gauri Shinde’s English Vinglish, is now seen in a short film called Born Free, directed by Sushant Baliga, Twilight Entertainment. Also starring Mukti Mohan, the film is a feel-good tale about how inspiration drawn from unexpected circumstances can help one realise the importance of following their dreams.

Speaking about his role in the film, Sumeet says, “I play a guy called Samarth, who is in a corporate job. He is always wanted to be a boxer, but in India, people don’t take the profession seriously. He is a pretty straight, middle-class guy who is very vulnerable,” says Sumeet and adds that a part of Samarth is very much like Sumeet in real life.

“I also come from a humble background. I was an average student and had no future. I was only 17 when I begun with my theatre work. In that sense, I started following my instincts quite early,” he says.

On his Bollywood journey
Along with Permanent Roommates, Sumeet has been part of TVF Tripling, another web series by TVF. But this year, the actor is concentrating only on films, and will be soon seen in his first leading role in a Bollywood film called Ribbon. The film, directed by Rakhee Sandilya, also stars Kalki Koechlin and is slated to release in October this year, according to sources.

In the meantime, Sumeet, who’s journey has been nothing less than a roller coaster, from theatre to web series, to short films and Bollywood, says that he only wants to grow as an actor.

“The medium doesn’t matter to me. I just have to like a story. What I genuinely enjoy is being a part of a good story and how I am growing as an actor, intellectually and career-wise,” he says.