The police also said that CCTV footage of the area did not match the allegations and the sequence of incidents as narrated by Qureshi. 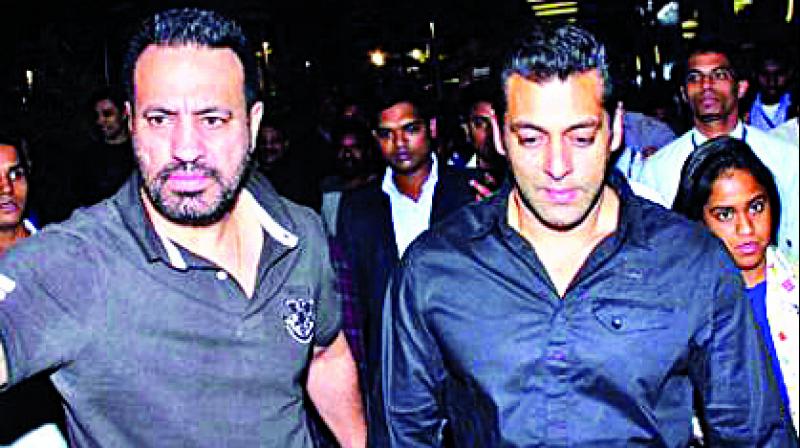 Mumbai: The allegations contained in the First Information Report (FIR) lodged last year at Andheri’s D.N. Nagar police station against Bollywood actor Salman Khan’s bodyguard, Gurmeet Singh aka Shera, and three of his aides, by a mobile repairs’ shop-owner have been found “false” in the course of investigations.

The complainant, Akhtar Qureshi, 25, had accused the four, including Shera, of assaulting him after an argument over a trivial issue in his October 26, 2016, police complaint.

Senior police officers confirmed to The Asian Age that after concluding that allegations in the FIR were false, the D.N. Nagar police will soon file a “B Summary” report, according to which, “there is no evidence or prima facie case against the accused”. The report will be submitted in an Andheri magistrate’s court. The police also said that CCTV footage of the area did not match the allegations and the sequence of incidents as narrated by Qureshi.

Dhanaji Nalawade, senior police inspector, D.N. Nagar police station, told this newspaper, “This was a false case registered by the complainant, and in the course of six months, there were no proofs to support the complainant’s allegations. Hence, we are going to file a ‘B Summary’ report which says that there was no evidence found against Shera, and leave it to the magistrate’s court to classify it as maliciously fake”.

Shera was accused of assaulting Qureshi at a spot near Indian Oil Nagar in Andheri west. After the complaint was registered, the police detained Shera and his friends for questioning for a day but the alleged accused refuted the baseless allegations and no solid proof of the alleged assault was found.

Qureshi, a resident of Vile Parle, who owns a mobile repair shop, had alleged that Shera along with three of his aides assaulted him at Link Road on October 26. Qureshi and Shera had an argument over the phone following which Qureshi alleged that Shera hit him with the butt of his pistol, causing injury to his collar bone.