Heroism is a cliched topic for filmmakers, says superstar Salman 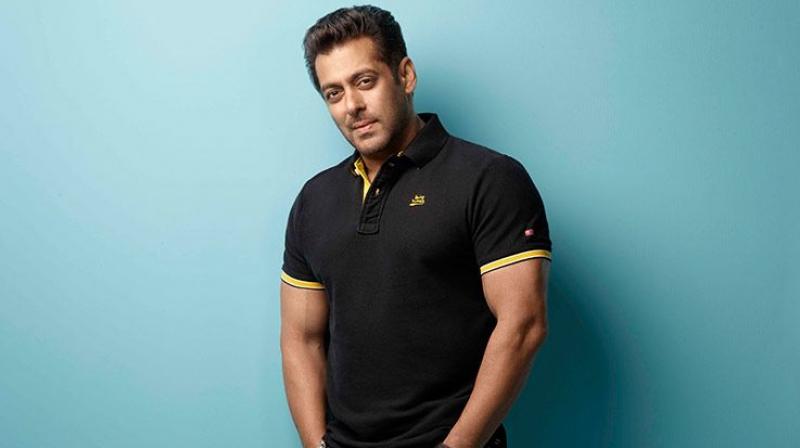 Salman Khan will be donning two hats — that of host and also of performer at an upcoming awards ceremony to be held in Yas Land, Abu Dhabi. The actor interacted with a handful of media persons in Mumbai in connection with the event, and also expressed his views on a variety of topics, including the popularity of films from the South and the growing audience sensitivity. Read some excerpts here:

The reach of Indian cinema is wide — and events like the awards ceremonies and promo tours of Indian films such as your Dabangg being held abroad, increases its influence. Where do you see Indian cinema?

Wherever we go, tourism in that place increases multi-fold. If we shoot in Kashmir, people want to go to those locales, and so also if we shoot in Switzerland, Spain, Turkey, etc. Scenes set in these places remains fresh in the minds of film audiences, and when they travel, they want to visit these areas. Thus the Indian Film Industry boosts tourism, be it in different States or in foreign countries.

Audiences have become sensitive, so do you need to change the scripts of your events sometimes?

Yes, as a host you have to be sensitive. I am of the opinion that humour should be above the belt. I have hosted Dus ka dum and Bigg Boss and only if someone misbehaves with another person do I get a bit angry. It’s for the sake of the show, and for the people who are watching the show and also for sake of the person who is being bullied. Sometimes in BB so much happened behind the scenes that I was forced to react. Everything cannot be shown on TV, especially the cuss words, so sometimes my reaction may seem over the top, but it’s not so. If anyone behaves badly, I talk to them about it a couple of times, but if they don’t improve, I do what I do.

Will the audiences get to watch you performing at this awards show as well hosting it?

These guys are planning to exploit me a lot [laughs]. They have planned to start with a performance, and this will be followed by episodes of hosting, interspersed with performances. Actually, I would be very happy to perform and leave, but I have to be there for the entire show.

Chiranjeevi will be with you at the event. How do you feel about that?

It was a great experience working with him recently for (God Father). I have known Chiru garu for the longest time. He is my friend. His son is also my friend. I wished him on his birthday and also wished him success with RRR. I am proud of him. It feels good when these guys do well. But yea kya unki filmen yahan par chal rahi hai humari whan pr kyun nahi chal rhai hai? [What’s happening? Their films are doing well here but our films are not doing well out there!]

What according to you is the reason of their films running successfully?

Both they and we believe in the concept of heroism. A film has to leave the audience with that feeling of heroism. But, apart from one or two people, Bollywood is not making films based on heroism. Most of the filmmakers here are doing different types of content, heroism is a cliched topic for them. However, heroism and emotional connect have to be there. Salim-Javed started it and have taken it to the next level. If we start making that kind of film we will do well. That’s what I am doing. Now, I am doing Chiru garu’s film. I love it. It’s a different style of film and the concept of heroism is also presented differently. The writers are hard working down South, and the directors come out with great subjects too. But it’s time they picked up our films and remade them there.

Will we ever see you in a South film?

No one comes to me with an offer of an out-and-out Telugu film or movies in other south languages. They always approach me only for Hindi films.

How is Tiger shaping up?

Tiger is almost wrapped up. We may have just a few scenes left, which we will shoot later. We realise that we’re coming out with a theatrical film after two years. We released Radhe on OTT — it was an Eid release film and a big celebration film, we released that on OTT not because it was a lesser film but because it was the best one, and it was the right thing to do. When theatres opened, we gave my fans/audiences, Antim.