Recalling her City Lights days, the actress shares that she is grateful to have worked alongside Rajkummar. 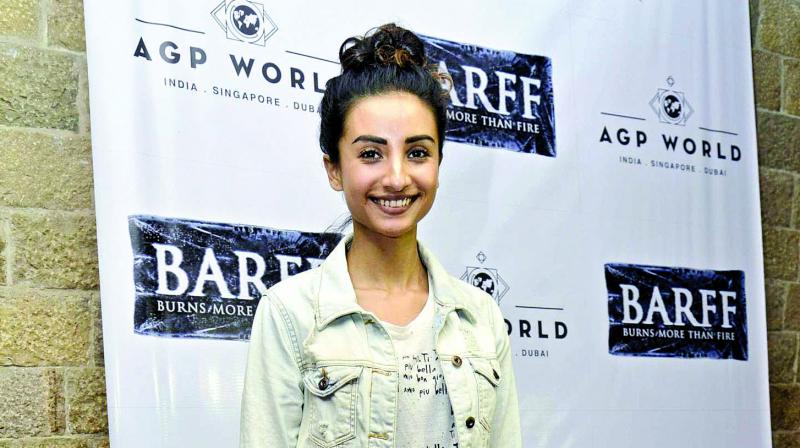 She may have made her debut with Hansal Mehta’s City Lights opposite real-life beau Rajkummar Rao. But for her next Nanu Ki Jaanu, Patralekhaa will be seen opposite Dev D actor Abhay Deol. Talking about the movie, she says, “I found the script and my character very sweet and enduring. I also feel this genre has yet not been tapped in our country. I decided to do this film as I felt there is a need of promoting this genre here.”

Praising her co-star Abhay Deol for his performance in Dev D, she says, “After I watched Dev D, I was inspired to be a part of Hindi films. He had defined his character so well and fully justified it.” And the praises don’t stop. “Working with Abhay was indeed great. He is very vocal about things on reel as well in real life. Therefore, it was very easy for us to break the ice instantly on the sets,” she smiles.

When asked if Rajkummar helps her in choosing roles, pat comes the reply, “He is doing very well professionally and I am happy about it. However, we are thorough professionals and prefer to not interfere in each other’s workspace.”

Recalling her City Lights days, the actress shares that she is grateful to have worked alongside Rajkummar. “We both had worked very hard. I was fortunate to work with him, as well share the same screen space.”

Responding to any sort of pressure she faces in comparison to her partner, Patralekhaa says they are prone to happen. Answering that question with a smile, she says, “One thing is very clear — Rajkummar is doing great work. His work speaks volumes about his accomplishments and comparisons are obvious. However, if I were in his place, these comparisons would take place even then, right? I am happy that you (journalists) keep asking such questions. I’d say ‘keep asking’ I have no problem.”