Rise of the new stars 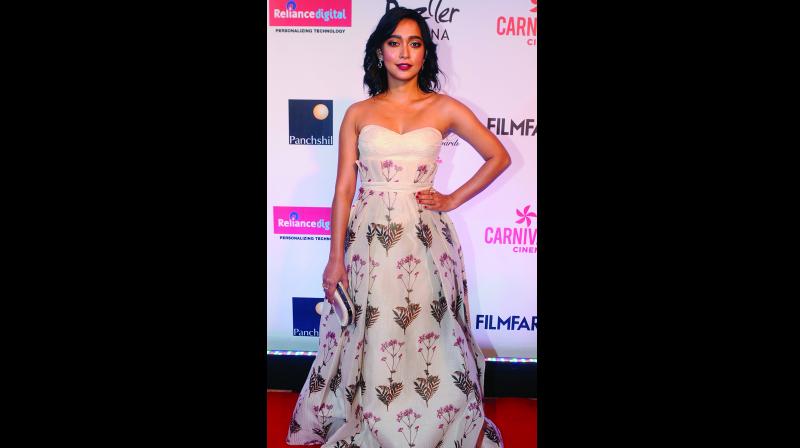 While 2020 was bleak for the entertainment industry as a whole, owing to the COVID-19 pandemic, a few stars managed to shine with their outstanding performances. As viewers turned to the digital platform for their daily dose of entertainment, these actors stood out for their bold choice of roles, their nuanced performances and striking screen presence.

The actor, who started his film journey in Kai Po Che, rules the OTT space, and has become a name to reckon with in Bollywood. His roles in Super 30, Yaara, Shakuntala Devi, Breathe: Into the Shadows (Seasons 1 &2), and Avrodh: The Siege Within, all of which released on OTT platforms, have made him a household name. He will next be seen in Boney Kapoor’s debut digital venture Zidd in 2021.

“I am fortunate that through the medium of OTT, I could reach more people in India and abroad. It has brought me a lot of fans as well as exposure. I’m glad that we have it, as it allows for more stories to be told and gives the viewer total control about what is made,” says Amit.

With the shift to the digital era, Indian filmmakers have been offering robust, innovative content and introducing an array of fresh talent. The newest star in the firmament is Shreya Chaudhry. She has wowed the audience consistently since her outstanding performance in Bandish Bandits. The actress  has been laden with opportunities and has played different roles.

“It was a blessing in disguise that the show came out in the middle of the lockdown — we couldn’t go out and meet people; but the audience liked the show. This is the first time I had an audience not just in India but all over the world. People are reaching out to me from different countries and that’s a huge change because it hasn’t happened to me before. The response to my work and the amount of work I am doing are a lot more. I think we are growing towards accepting diverse content, irrespective of whether there is a big or a small star in it,” says Shreya.

The actor had double reason to celebrate the success of Paatal Lok as he was both an actor and the casting director for the popular show. His intense portrayal of Hathoda Tyagi blew fans away and was among the most celebrated performances this year. And now, Abhishek is one step closer to the Oscars, for his role in a short film Paash, which has recently qualified for the Academy Awards.

“I believe on OTT platforms, the audience builds a stronger relationship with the characters as they are also investing that much time with those characters,” says Abhishek, who also runs a casting agency called Casting Bay in Mumbai.

The actor started with television shows and became a popular name in early 2000. However, it was his back-to-back OTT shows with some significant performances that made him rise as a star. Vikrant’s performance in Criminal Justice, Broken but Beautiful, and Mirzapur  left a definite mark.

From the millennial blockbuster Pyaar Ka Punchnama to the gritty Mirzapur 2 and the crime drama Bicchoo Ka Khel, Divyenndu has come a long way. The actor was a revelation in the successful shows and became the year’s most loved villain and anti-hero.

A popular name in Gujarati theatre, Pratik Gandhi made a flawless transition into Harshad Mehta for Scam 1992. The actor was widely praised for his portrayal of the infamous stockbroker, becoming a breakout artiste in 2020.

Not many would have recognised actor Jaideep Ahlawat even a couple of months ago. Even after doing meaningful cinema for over a decade, including top films such as Raazi, Gangs of Wasseypur, Commando and Baaghi 3, Jaideep finally found stardom as the protagonist of crime thriller Paatal Lok streaming on an OTT.

This actor left everyone surprised. He has done a host of web shows such as Pitchers, Kota Factory, Bachelors 2, Gone Kesh, Chaman Bahar and Panchayat. He not only shined as a star but also bagged a film, Shubh Mangal Zyada Saavdhan, with Ayushmann Khurrana. Jitendra Kumar did full justice to his character as a politician when he played Arjun Kejriwal in a comedy sketch too.

Sayani Gupta who plays a journalist in the series Four More Shots Please is another example of an actress deservedly soaring high. For the uninitiated, before her OTT debut, Sayani had done movies such as Article 15, Margarita with a Straw, and Jolly LLB 2. Fame, however, seems to have followed her only after Four More Shots Please!

Dimri debuted with the comedy-drama Poster Boys in 2017, but the film barely received attention, let alone appreciation. However, it made her self-confident. And then Bulbbul produced by Anushka Sharma happened. The actress is basking in the success of her OTT release in 2020.

“I knew the audience would love the story but I didn’t expect this kind of response. My social media handles are flooded with messages. When I auditioned for the part, I did not know that it was going to be such an interesting role and that my character would have such a graph. People were sceptical as it was an OTT film and asked me to wait for a feature film. But I decided to work, and it was right,” says Tripti.