And it’s a wrap for Virushka

Anushka Sharma and Virat Kohli’s wedding reception had some awkward moments. Here is a low down. 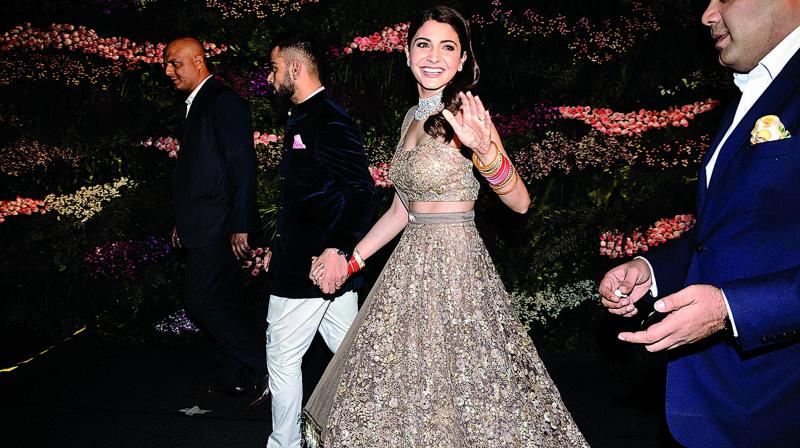 Anushka Sharma and Virat Kohli escape the paparazzis to go to their own reception party. (Photo: Shripad Naik)

The Mumbai wedding reception of 2017’s most high-profile couple, Anushka Sharma and Virat Kohli, at St. Regis Hotel in Mumbai had everyone talking about it.

As fashion designers Sabyasachi Mukherjee and Raghavendra Rathore battled on social media over Kohli’s bandh gala outfit, Karan Johar and Kangana Ranaut, the year’s most controversial duo, made sure not to run into each other even
accidentally.

Rather, Kangana, who is never sold on tact, made sure everyone noticed her snubbing Karan. 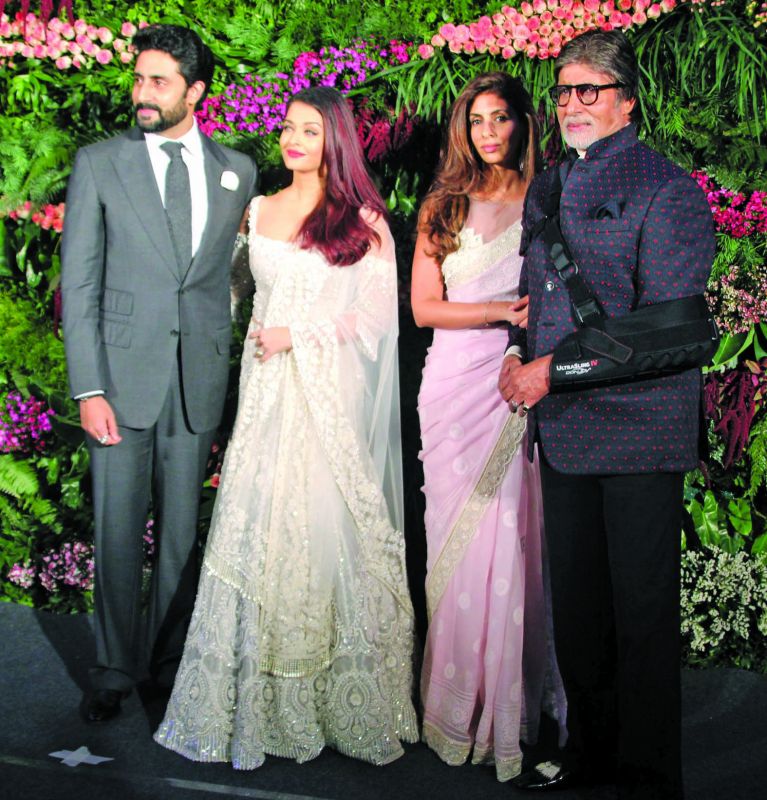 The Bachchans grace the event with their presence.

According to one of the evening’s high-profile guests, the awkward moment of the evening happened on the red carpet making other star guests feel the heat too.

The star-witness, who is unaware of the tension between Karan and Kangana, says “Lagta hai donon mein koi tension hai (There seems to be some tension between the two). Kangana was on the red carpet posing with Rekha and Madhuri Dixit, when Karan arrived with Sidharth Malhotra. Seeing this, the Rangoon actress immediately rushed inside as if suddenly remembering something urgent. Rekha looked quite taken aback by Kangana’s sudden departure.” 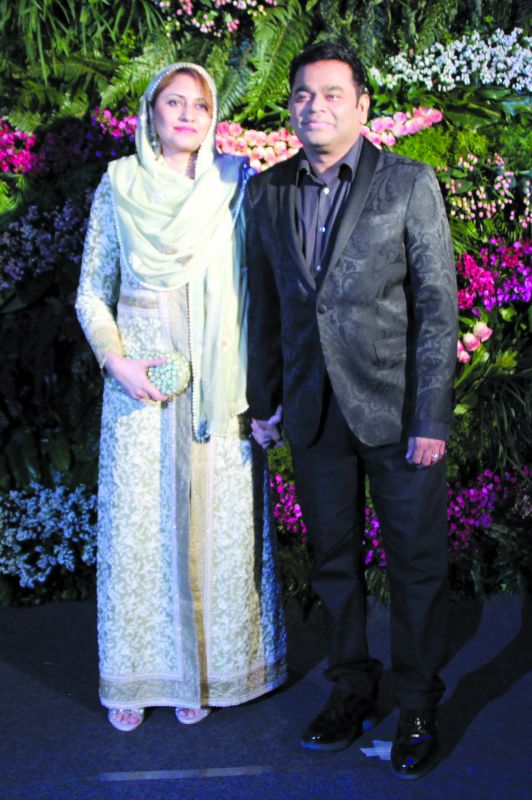 A R Rahman with wife.

So what happened next? “Nothing. Karan saw Kangana’s showy departure, but gave off the air like he couldn’t care less. Rekha quickly moved to Karan to pose for pictures.”

The Bachchans arrived sans the lady of the house Jaya Bachchan, who was busy in Delhi attending Parliament. Daughter Shweta escorted Amitabh Bachchan, with his hand in a sling. 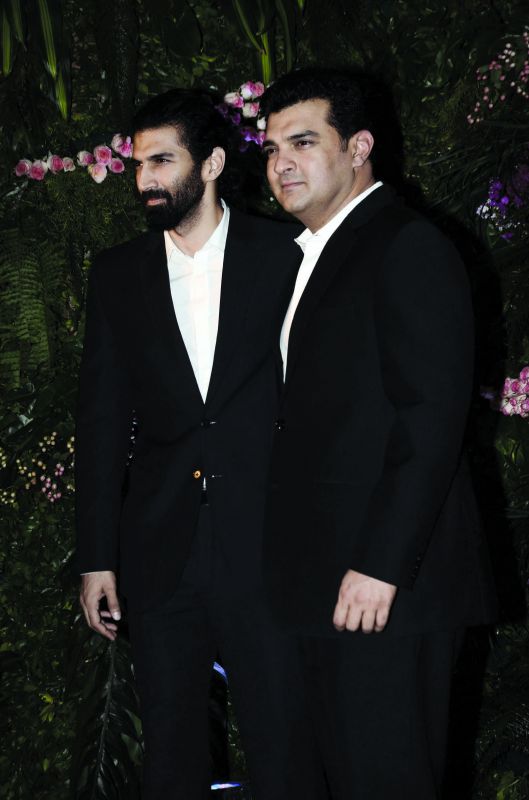 Anushka’s good pal Ranbir Kapoor seems to have a great rapport with her husband. “Virat seemed very relaxed around Ranbir, and also with Shah Rukh Khan — two of Anushka’s favourite co-stars,” informs our star guest. “It was also good to see Priyanka Chopra, who we hear had flown in specially for the occasion, and

A.R. Rahman, who flew in from Chennai, made a rare appearance with his wife. Siddharth Roy Kapur was seen with his brother Aditya.”

While all of Virat’s cricketing pals were present in full glory, Anushka also invited all her colleagues including her NH10 co-star Darshan Kumar and her PK director Raj Kumar Hirani and producer Vinod Chopra. 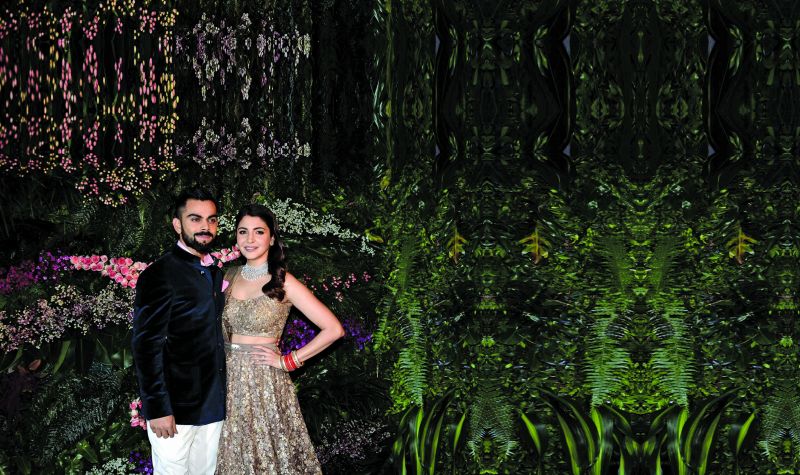 Apparently, the two are planning a major post-marriage project for Anushka that will feature the actress in a dramatic author-backed role. 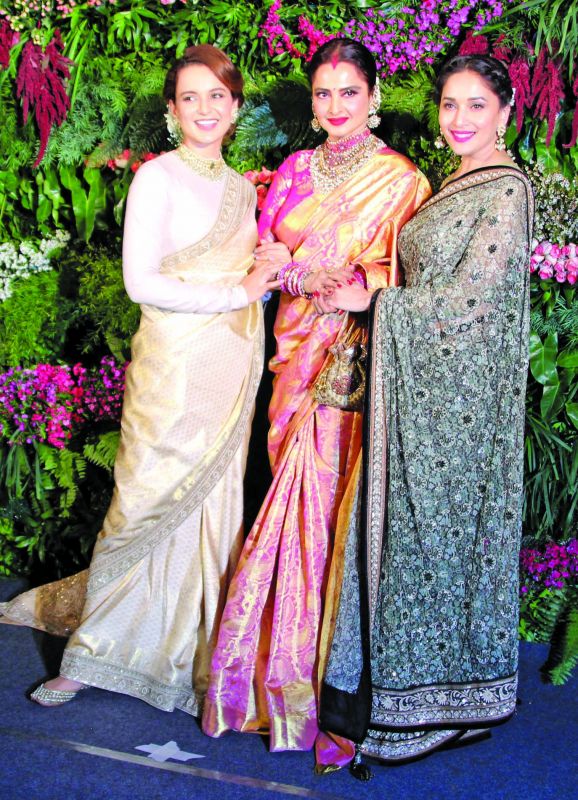 Kangy’s Peck
Rekha walked in to a loud cheer. She posed for the shutterbugs and came back and posed again with Madhuri Dixit and guess who? Kangana Ranaut! We are all aware of how close Rekha is to the Roshan clan. Kangana was very quick and even planted a peck on Rekha’s cheek after seeing the iconic diva do the same to Madhuri.

Ranbir’s Channa Mereya
When Ranbir walked in, the joke was on the song Channa Mereya from Ae Dil Hai Mushkil. Everyone was left wondering if Ranbir will sing the number at the reception since he lip-synched the same during Anushka’s wedding scene in the film.